John Krasinski and his production company, Sunday Night, have signed a first-look producing deal with Paramount Pictures, an individual with knowledge of the deal told TheWrap.

Krasinski’s “A Quiet Place Part II” opens in theaters May 28 after a long delay due to the pandemic, and the deal encompasses a previously announced third “Quiet Place” film to be directed by Jeff Nichols. Also included in the deal are Sunday Night partners Allyson Seeger and Andrew Form.

Other projects Sunday Night currently has in development include “Apartment 7A,” to be directed by Natalie Erika James (“Relic”) and produced via Sunday Night and Platinum Dunes. Krasinski also has an untitled film with Ryan Reynolds that Krasinski is writing, directing, producing and starring in, and that film is already set for release on November 17, 2023. 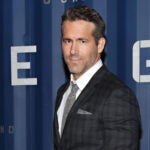 “John Krasinski is the most formidable quadruple threat (writer, director, producer & star) out there, and we couldn’t be more thrilled to continue our collaboration with him, and his partners at Sunday Night,” Paramount Pictures’ Motion Picture Group president Emma Watts said in a statement.

“I’m thrilled to be continuing my relationship with Paramount who have been the most supportive partners throughout the creation of our ‘A Quiet Place’ world and in the development of these new original stories that we can’t wait to tell,” Krasinski said in a statement.

Krasinski starred in “A Quiet Place” alongside his wife, Emily Blunt, from 2018. The original horror film imagined a world in which a family in a postapocalyptic world must live in complete silence in order to evade alien monsters that attack when they hear noise, and the film is largely centered around the perspective of a deaf character played by Millicent Simmonds. The film grossed $340 million worldwide on a budget of just $17 million.

The new film picks up from the events of the original and finds the family now trying to survive away from the safety of their home, only to face some threats that aren’t limited to the alien monsters.