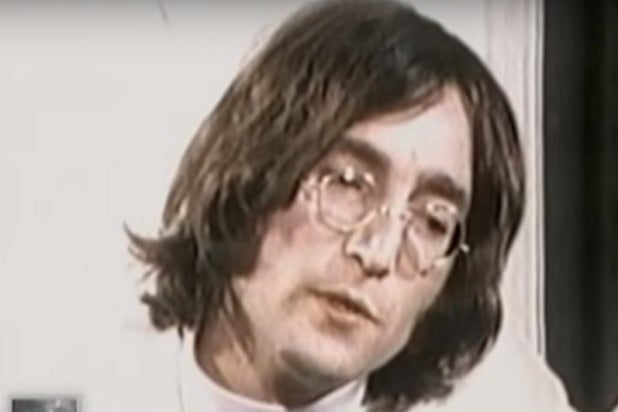 John Lennon’s widow remembered the slain former Beatle on the anniversary of his death with a plea to curb gun violence on Thursday, likening America to a “war zone.”

“Every day, 91 Americans are killed with guns.We are turning this beautiful country into a War Zone,” Ono wrote on her Facebook account. “Together, let’s bring back America, the green land of Peace. The death of a loved one is a hollowing experience. After 36 years, our son Sean and I still miss him.”

The message was accompanied by a photo of Lennon’s blood-smeared eye glasses, along with the sobering statistic, “Over 1,200,000 people have been killed by guns in the USA since John Lennon was shot and killed on December 8, 1980.”

Lennon died at age 40 after being shot by Mark David Chapman outside Lennon’s apartment building in New York.

The grim anniversary was also noted by the estate of deceased Beatles guitarist George Harrison, via a throwback photo of Lennon and Harrison.

Accompanying the photo was the message, “He would come around my house a lot and my mother would give us little glasses of whiskey. #quote #RememberingJohn.”

He would come around my house a lot and my mother would give us little glasses of whiskey. #quote #RememberingJohn pic.twitter.com/H2dq4Yb9ni