The directorial debut of Oscar-nominated writer John Logan that will star Kevin Bacon and is produced by Blumhouse will be streamed exclusively on Peacock.

The untitled film will debut on Peacock in 2022, and filming is underway now. Plot details are being kept under wraps. 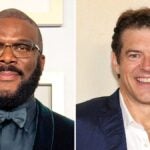 The news was announced Friday as part of the second annual BlumFest and the Los Angeles genre festival Beyond Fest, and you can see a teaser announcement video of the new cast and its move to Peacock below.

John Logan was Oscar-nominated for “Gladiator,” “The Aviator” and “Hugo,” and he’s also the writer of films such as “Skyfall,” “Spectre,” “Sweeney Todd” and “Alien: Covenant.” Most recently he’s the creator behind the series “Penny Dreadful: City of Angels” on Showtime. 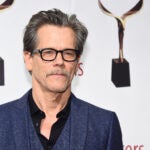 Tann is known for her recurring guest roles on Tyler Perry’s “Bruh.” Crute was recently announced to star in the Regina Hall comedy “Honk for Jesus.” Lore stars on the CW/Netflix drama “All American.” Kim recently starred in the dark comedy “Looks That Kill.” Koch will star in independent film “Swallowed” and was seen in “A New York Christmas Wedding.” Del Farbo starred in the Brazilian productions of “Shrek The Musical,” “Fiddler on the Roof” and “The Wizard of Oz.”