On an off night between arena California shows in Anaheim and Sacramento, John Mayer routed himself through an unlikely venue on Wednesday: The 300-seat Echoplex in the Echo Park section of Los Angeles.

It was a secret show.

There, he played a 90-minute set in multiple configurations — with a full band, as a trio, and as a show-stealing solo acoustic encore programmed exclusively by audience requests. 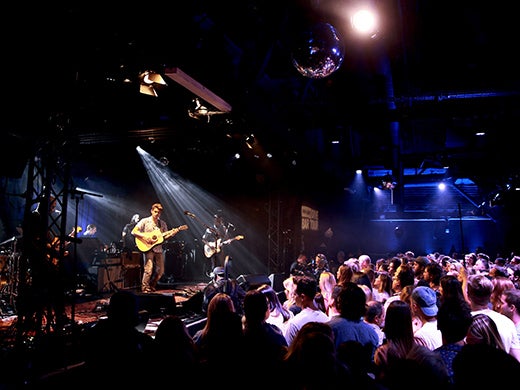 The invitees? A select group of devoted fans, L.A. notables and lucky media huddled together as buckets of beer flowed freely and cameras livestreamed the festivities to 1.3 million viewers on host Bud Light’s Facebook page. 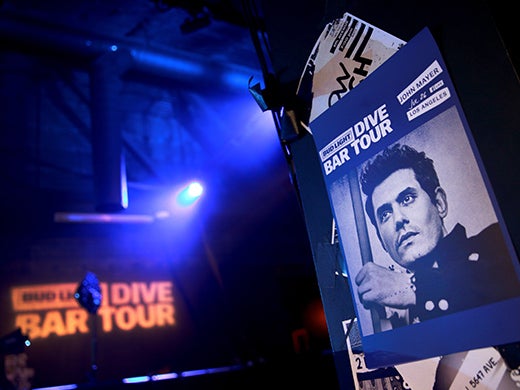 “This is one of those things where it just shakes you out of ‘the loop,'” Mayer said after the Facebook livestream ended and he was speaking to just the intimates in the room.

“You get to play at a little club and have fun. You can feel that it’s golden hour outside [Note: it was 8:27 p.m. PT] and I’m going to go get dinner with my friends after this and just for one second, I get to come off the (tour) loop and look around and take all of it in. This is like … I get to drive this one, this one leg of the road trip and it’s really fun.” 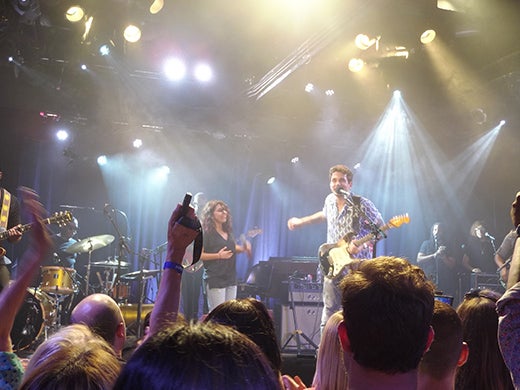 Alessia Cara, with a breakout smash collaboration “Stay” with Zedd, arrived as a surprise for the final three songs of the main set, reimagining the song with Mayer. (Top video, above.)

“I can’t let you leave,” Mayer said after that one, inviting her to say on for his hit “Gravity.”

The two traded verses and lines, faxing out on the Grammy-award winning song on the fly. 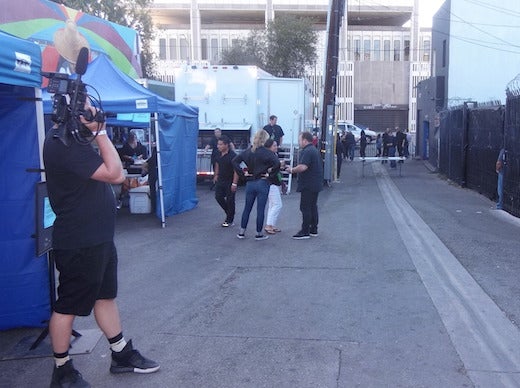 Hours earlier during an extensive check-in and security screening (cellphones were banned for all except media), fans heard portions of “Gravity” wafting out of the Echoplex, without Cara. There was a buzz as fans were thrilled to project that it might be on the night’s set list.

The underground “Dive Bar” show arrived courtesy of Bud Light’s Dive Bar Tour. Amidst the Super Bowl and Coachella, Lady Gaga first beat this path with the brew, performing multiple shows in unlikely venues. (She’s going to do one more later this year.) 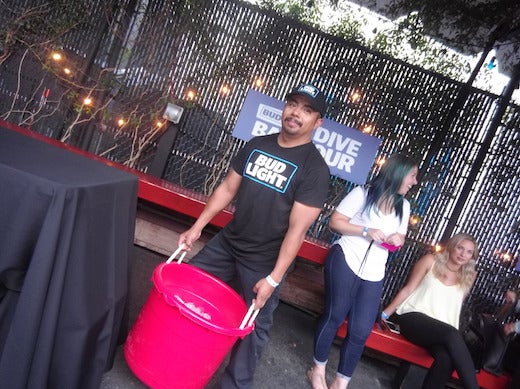 The night felt like one of those incredulous Bud Light commercials come to life. (Mikey Glazer)

“John Mayer was an easy choice for us as we were considering who we should partner with for the return of the Bud Light Dive Bar Tour this summer,” said Andy Goeler, vice president, Bud Light. “We’re happy to consider him a friend of the brand.”

For Mayer, other highlights included a crowd sing-a-long to “Dear Marie” and Mayer taking requests during an acoustic encore that was not part of the livestream.

“Let’s make it fun,” Mayer said in soliciting requests from the crowd. “Let’s go deep, deep and weird. I’d rather do three songs that I bail on (for not remembering them, than songs from his current rotation). 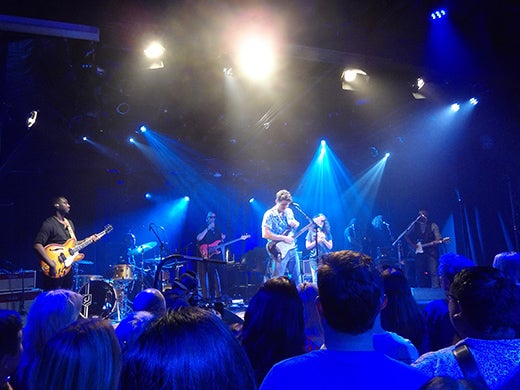 The hardcore Mayer fans in the audience, many of whom scored tickets via Mayer’s unofficial online fan community “MyStupidMouth.com” and at least one executive who had flown in from Chicago, ignited to hear him wobble through deep catalogue cuts “St. Patrick’s Day” (from 2001), “Man on the Side,” and “3 x 5”. The audience prompted him with lyrics when he couldn’t remember a line.

In promoting the one-off show, Complex labeled Mayer’s music “arena-ready makeout rock”, but The Party Report did not spy any lip locking despite all the love in the room. We did spy Maroon 5’s James Valentine, fans who had been featured Bud Light’s hidden-camera prank viral videos (Karen, the women at right in the picture below), and and a peppering of over-fifty “Deadhead” crossover fans, lured in to the fandom by the Mayer-fronted resurrection of the “Grateful Dead.”

“Fire on the Mountain!,” one yelled during a break. Mayer indulged with a short riff. 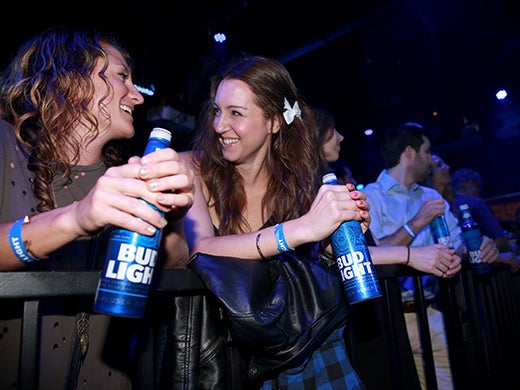 After Mayer shut down for good and the crowd was sent out with free concert T-shirts, the venue had to make room for its regularly scheduled indie acts like “Wolf Alice” and their weekly “143” R&B slow jams party.

Mayer is in the midst of a world tour in support of his “The Search for Everything” album, his seventh.

Look out “Big Easy.” Bud Light is bringing someone huge to play somewhere in New Orleans on Wednesday, Aug.30. (It can’t be Mayer, he’s in Ohio that night, but his fans appear sated.)

“That hit the spot!” one woman in the front yelled out during a break.

“Hashtag, ‘That hit the spot’,” Mayer echoed. “I’ve never heard anyone say that before.”