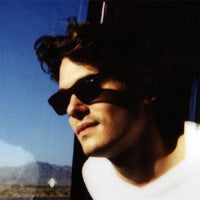 John Mayer, the self-obsessed, self-aware, borderline narcissistic singer and once-prolific tweeter, has been doing some self-assessment lately — more or less in the wake of that instantly-infamous Playboy interview ("John Mayer on Post-Playboy Backlash: ‘I’ve Created Somewhat of a Monster’ ").

Last week, Mayer was asked during an ASCAP songwriting expo about his self-imposed Twitter break.

"When the topic of Twitter came up, I explained my waning interest in it being part of my daily life. By no means do I think it’s over as a medium altogether, but I do think that the days of ‘Twitter: The Breakthrough’ have passed, as has been and will continue to be the case for every online social network. It’s reached its cruising altitude, so to speak. Patterns and templates are emerging. The Twitter-bred syntax isn’t really doing it for me anymore.

And call me crazy, but I don’t think it’s the healthiest thing in the world to read scads of mentions/@replies and effectively open the floodgate of other people’s approval/disapproval. Finding out in 140 characters what a stranger has to say about you is like a mathematical equation without an established value of ‘x’. Who are you, stranger? What do you stand for? What do you like, and if it’s not me, then what does move you? What DO you look up to? Once I find that out, I’ll know how disappointed I should be.

This is where Tumblr comes in. It’s the future of social networking if your image of the future features intelligent discourse. I love reading other Tumblr users replies, because they’re thoughtful by virtue of the fact that if they’re not, they’ll bring the intellectual property value of their own blog down, and that’s a commodity on Tumblr."