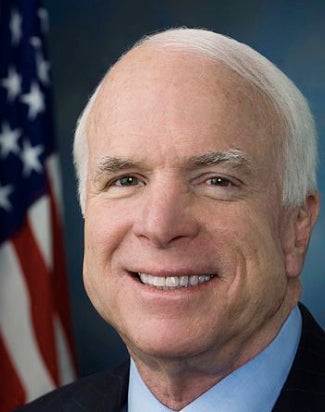 Senator John McCain uncensored is always fun and last week he showed his disdain for a Pentagon spokesman through the art of imitation.

Appearing on the Tyler Cralle Show on 980 WAAV-AM, McCain responded to Pentagon Spokesman Admiral John Kirby’s statement on whether America is losing to ISIS:

Listen to McCain mocking the spokesman below.