John Oliver is not all that mad about how long it’s taking James Cameron to release the “Avatar” sequels. Honestly, at this point, he doesn’t even care much about them at all.

The host took a swipe at Cameron and his big-budget blockbusters on Sunday night’s episode of “Last Week Tonight,” bringing up “Avatar” during a conversation on climate change. Oliver lamented that a promise made by lawmakers during the 2009 Climate Change Global conference — which indicated that within a decade, wealthier nations would help others when it comes to climate change — hasn’t come through.

“There are things it’s OK to take a decade on and not deliver on. The ‘Avatar’ sequels, for instance,” Oliver said. “Take your time on those, James Cameron. No one gives a s—.” 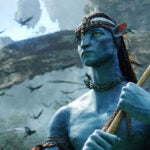 Oliver then doubled down on the joke, challenging his viewers to recall one of the most basic details about “Avatar.”

“I will give anyone in this audience a thousand dollars right now if they remember either of these characters’ names,” Oliver said, pulling up a picture of Sam Worthington and Zoe Saldana’s characters in the film. (For anyone who might need to consult IMDb for that answer, we’ll save you a trip: Worthington played Jake Sully opposite Saldana’s Neytiri.)

Indeed, it’s been well over a decade since Cameron’s “Avatar” was released in theaters. The first movie came out in 2009, and the sequel has been pushed back to 2022 — 13 years apart. 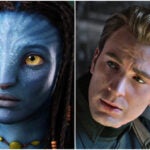 As of now, “Avatar 2” is slated for release on Dec. 16, 2022. Three sequels after that are also in the works, with “Avatar 5” set at the moment to release in December 2028. Of course, those dates can get shifted forward or further back at any time.

John Oliver just hopes some sort of climate change action will happen before then.