The United States Concealed Carry Association was in John Oliver’s sights as he delved into stand-your-ground laws as the main topic of “Last Week Tonight” Sunday night.

Oliver said that the USCCA — a group with over 592,000 members that advocates for gun rights and provides legal assistance to people in stand-your-ground cases — is part of the reason that gun safety in America is so fundamentally flawed.

People who own guns don’t need to pay upwards of $30 per month for a membership to USCCA to carry a concealed firearm legally if they already have a permit and states allow it. But Oliver pointed out that organizations like USCCA — part of a “cottage industry” that sprung up to advocate for gun rights in stand-your-ground states — also provide legal assistance to gun owners.

In particular, Oliver had issues with the USCCA’s membership card, which has instructions on what someone should do after they shoot another person on the back. See here for a more detailed view of what that looks like.

25 states have stand-your-ground laws on file. California, perhaps unsurprisingly, is not one of them. 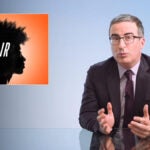 “The USCCA insists it’s primarily concerned with teaching conflict avoidance, but it also gives you a wallet-sized card with tips on how to handle the call you make to police after you’ve shot someone, a handy feature that their founder proudly touts to its members,” John Oliver said before cutting to a clip of USCCA founder Tim Schmidt gushing about the card at a membership meeting.

The card tells people who’ve just fired a gun at another human to say they were attacked, in fear for their life and advises compliance with the police. Since the other person likely isn’t capable of talking, and the shooter has a readily rehearsed explanation for why the violence occurred, Oliver argued it’s basically a free pass for murder and called the instructions “Rosetta Stone for justified homicides.” 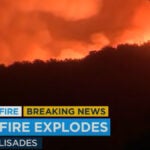 John Oliver pointed to some examples where stand-your-ground laws essentially allowed someone to shoot another person with total impunity, like the case of Texan Joe Horn, who shot and killed two people breaking into his neighbor’s house even though 911 dispatchers told him almost half a dozen times not to go outside and intervene. Horn didn’t face any legal challenges after the shootings, which took place in 2007 right after Texas had become a stand-your-ground state.

“It seems all you have to do is memorize a few key phrases and you, too, could be free to shoot with impunity,” Oliver joked.