John Oliver obviously had some thoughts on Russia’s invasion of Ukraine during Sunday’s episode of “Last Week Tonight” on HBO. Chief among them was that former commander-in-chief George W. Bush should not be weighing in on this matter.

“Hold on, George. Not from you,” Oliver said. “You are not the guy for this one.” 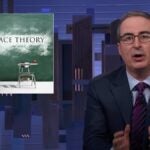 Oliver is, of course, referring to Bush’s own handling of the 2003 conflict with Iraq, in which he ordered U.S. troops to invade in late March, based on claims that Iraq had stockpiles of weapons of mass destruction that needed to be dismantled. But, a United Nations inspection team declared it had found no evidence of the existence of WMDs prior to the invasion.

“That statement only would have made sense if it ended with ‘Oh s—, now I hear it. Sorry. I’ll shut the f— up now,'” Oliver added.

In 2001, Bush also famously said at a press conference that he believed the U.S. could trust Russia, because he “was able to get a sense of [Putin’s] soul.” Putin himself would not answer at the time whether Russia could be trusted. 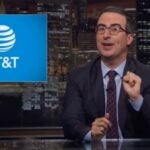 “I’ll answer the question. I looked the man in the eye. I found him to be very straightforward and trustworthy,” Bush interjected. “We had a very good dialogue. I was able to get a sense of his soul.”

In his segment, Oliver also criticized Putin directly, calling him “an autocrat, a tyrant, a warmonger.” After that, he got a little bit more catty. “But also, he’s kind of a huge bitch,” Oliver added.

The late night host also called out CNN, for airing an Applebee’s commercial during their coverage of the crisis, which drew widespread ridicule.