John Oliver and his HBO show “Last Week Tonight” will get a new “business daddy” sometime in the next few months, once Discovery and WarnerMedia close their $43 billion merger.

And when that happens, Oliver tells TheWrap he’ll most likely lay off AT&T, which has owned HBO since 2018.

“I’m sure that if and when they finally get rid of this problem child that we will probably end up talking about them slightly less,” Oliver says. “However, I gather they’re still planning on existing in the world. So it seems likely that we are going to run into them in stories.” 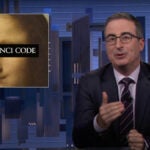 Over the course of AT&T’s reign over HBO’s parent company WarnerMedia, Oliver has not held back on what he really thinks of the Dallas-based telecommunications company, mostly pointing out their sub-par cell service. Last year, Oliver also called out AT&T for its silence over Texas’ Abortion ban and for funding far-right cable network One America News Network (since then DirecTV, which was spun out of AT&T, has said it will no longer carry the conspiracy-laden network).

Oliver at least gave AT&T credit for not complaining to him about his show’s many digs.

“Nothing. I’ve heard nothing. I doubt they’re good sports about it. That would be a projection I could not possibly make. I don’t mind them being bad sports about it, as long as they’re bad sports about it silently,” he said. “You don’t have to like everything we do. You probably shouldn’t. Just don’t feel like that needs to be communicated. The one thing that I will say for AT&T is that I really appreciate their lack of communication. Given their company, that is something they’re good at.” 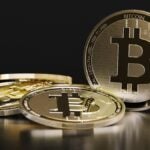 With Discovery and swear vest-aficionado David Zaslav set to take over the combined Warner Bros. Discovery in the coming months, Oliver does not yet have any plans to make fun of his new bosses, but admits he probably will at some point.

“It tends to come out naturally,” he said. “There’s nothing more fun than biting the hand that feeds. It turns out, you don’t even need to season that hand.”