Netflix has ordered a docuseries about the couple who were arrested earlier this week and charged with laundering $4.5 billion in stolen cryptocurrency.

The untitled docuseries has no premiere date yet.

Ilya “Dutch” Lichtenstein and Heather Morgan were arrested in their New York City apartment on Tuesday, Feb. 8, and now face charges of conspiring to launder nearly 120,000 Bitcoin tied to the 2016 hack of a virtual currency exchange. As the value of the stolen Bitcoin soared from $71 million at the time of the hack to nearly $5 billion, the couple allegedly tried to liquidate their digital money by creating fake identities and online accounts, and buying physical gold, NFTs, and more – all while investigators raced to track the money’s movement on the blockchain. 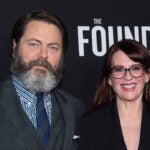 In arresting the two, the Justice Department called the scheme the biggest financial crime case in U.S. history. So far, law enforcement has seized over $3.6 billion in cryptocurrency linked to that 2016 hack.

Morgan also is a rapper and goes by the stage name Razzlekhan.

Chris Smith (“FYRE: The Greatest Party That Never Happened,” “Tiger King”) is set to direct and executive produce along with executive producer Nick Bilton (“Fake Famous,” “The Inventor: Out for Blood in Silicon Valley,” “American Kingpin: The Epic Hunt for the Criminal Mastermind Behind the Silk Road”).

A lawyer for the couple said in a recent court filing obtained by the Daily Beast that the government’s case, especially as it pertains to Morgan, is “flimsy.”