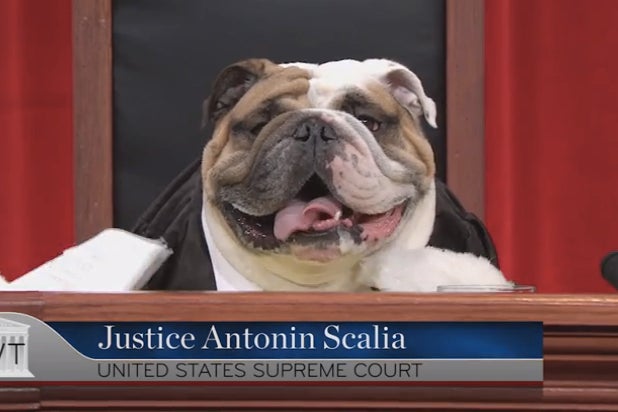 John Oliver took it to the Supreme Court Sunday night on his HBO comedy show and enlisted canine companions to prove his point.

Oliver is none too pleased that the highest court in the land doesn’t allow video of its deliberations and arguments. The comedian wonders if the court doesn’t show video because they think their process is too boring–so he showed video of a cat playing the piano to illustrate the court just needs to showcase more entertaining figures to prop up interest.

He then introduced his version of the Supreme Court: nine dogs deliberating the most consequential cases of our time. “An entire Supreme Court featuring real animals,” Oliver said.