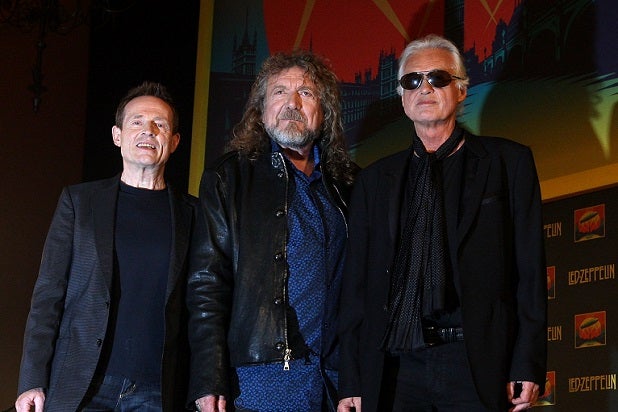 Led Zeppelin bassist John Paul Jones took the stand on Friday at a trial to determine whether the band’s signature anthem “Stairway to Heaven” was lifted from another group, shedding light on Zeppelin’s early days and the development of the massive ’70s hit.

Zeppelin guitarist Jimmy Page and vocalist Robert Plant are being sued by Michael Skidmore, the trustee of the Randy Craig Wolfe Trust (Randy Craig Wolfe being the real name of late Spirit frontman Randy California). Skidmore contends that the 1971 Zeppelin classic infringes on the 1968 Spirit song “Taurus,” noting that Led Zeppelin shared a handful of concert bills with Spirit early in their career, and that Zeppelin covered Spirit’s “Fresh Garbage,” from the same album that contains “Taurus,” in concert.

Read on for five highlights from John Paul Jones’ testimony.

Jones joined Led Zeppelin because of overwork. On the stand in a Los Angeles courtroom, Jones (above left) recalled how he had been a musical director and arranger, working on songs including the Rolling Stones’ “She’s a Rainbow” and Donovan’s “Mellow Yellow.”

“I was working too much and my wife could see the signs and she read that Jimmy Page was forming a band and she said, ‘Call him up’ and I did and I said, ‘Do you need a bass player?'” Jones recalled.

Jones shed light on the development of “Stairway.” During his testimony, the bass player said that he  first heard the tune at rehearsal and recording facility Headley Grange. “Jimmy played it to me on acoustic guitar and I was on an electric piano nearby and the idea was to work on the song and figure out what went where,” the musician said.

Reminded of an interview Jones gave in which he stated that Plant and Page wrote the opening and verse to “Stairway” at Zeppelin’s Welsh cottage Bron-Yr-Aur, Jones offered, “I was guessing in 1972. It sounds like I was guessing at the time.”

Led Zeppelin’s touring accommodations weren’t particularly extravagant early on. While on the stand, Jones testified that Led Zeppelin “toured by cars in those days … the plane came later,” sparking laughter in the courtroom.

Jones wasn’t a big fan of Spirit. During his testimony, the musician said that he never saw Spirit play, never owned their records and never met them. (By contrast, earlier in the trial, Page testified that he himself had owned Spirit records, while a former member of Spirit recalled hanging out drinking and playing snooker with Plant after a Spirit show.)

He did, however, enjoy their song “Fresh Garbage.” Led Zeppelin played at least a portion of Spirit’s “Fresh Garbage” at some early shows, and while Jones said he did not know whose song it was, his admiration for it was entered into the record.

“What I did was, I picked a two-bar bass riff and played that,” Jones testified. “I didn’t know who it was or what it was. It was a catchy little thing and quirky and I started playing it.”