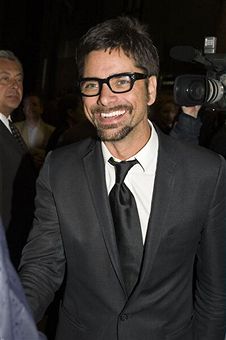 John Stamos has signed on to join the cast of Fox’s "Glee" next season in a recurring role, 20th Century Fox TV confirmed to TheWrap.

As first reported by EW.com, Stamos will play the role of a dentist who becomes the love interest of Emma Pillsbury (Jayma Mays).

For those wondering how well Stamos can blend into the musical side of the show, he has a broader musical background than most might realize. His most notable role was in the revival of "Bye Bye Birdie" on Broadway in 2009 where he played Birdie’s manager Albert Peterson.

He’s also had roles in the past in musicals such as "Cabaret," "Nine" and "How to Succeed in Business Without Really Trying."

Stamos also has a long relationship with the Beach Boys, appearing in one of their videos and recording a song with them. He joins the Beach Boys on tour from time to time, mostly appearing on stage as their drummer, and in March appeared with the group when they performed on ABC’s "Dancing With the Stars."