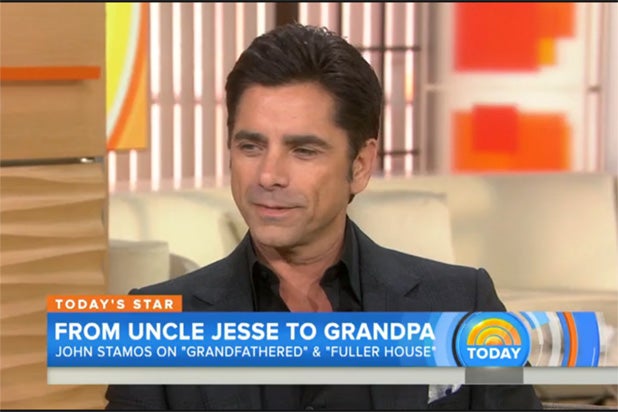 “Grandfathered” star John Stamos is still open to the possibility of the Olsen twins making an appearance on “Fuller House.”

During an interview with Matt Lauer on “Today,” the actor said that they twins are “always welcome on our show,” despite the fact that they’ve publicly turned down the opportunity.

“They’re fully welcome any time. I love them. There was a lot of, I think, miscommunication in the press and stuff,” Stamos said. “I understood why they didn’t want to come back. They just have big lives, and haven’t acted in a while. But I love them dearly and they’re always welcome on our show.”

Netflix announced the “Full House” reboot series starring Candace Cameron Bure reprising her role as D.J. Tanner in April. After much speculation, all of the original cast signed on to reprise their roles, with the exception of Mary Kate and Ashley Olsen.

“I think people will be very happy,” Stamos told Lauer of the the upcoming series. “It has a lot of the same elements as the original did.”

The series will follow the adult D.J. Tanner, recently widowed and living in San Francisco. Pregnant and with two boys, she enlists her younger sister Stephanie (Jodie Sweetin) and her best friend Kimmy (Andrea Barber) to help raise the kids. It is set to premiere on Netflix in 2016.