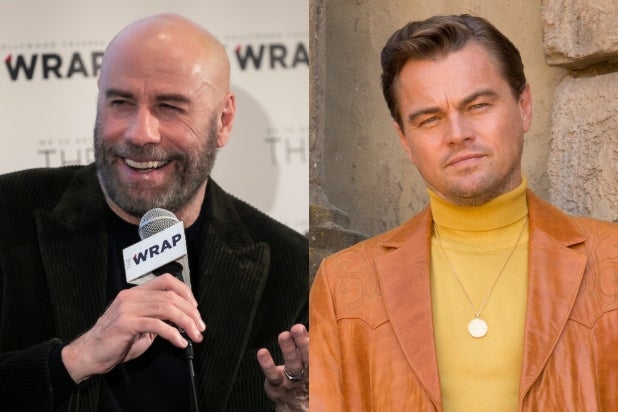 John Travolta and Quentin Tarantino will always be linked through “Pulp Fiction,” the 1994 film that helped reinvigorate the actor’s career. So naturally, the man who played Vincent Vega went to see Tarantino’s latest film, “Once Upon a Time…in Hollywood.” What he didn’t expect was to find a mistake that only a registered pilot and “aviation nerd ” — as Travolta describes himself — could spot.

At a Q&A with TheWrap following a screening of his latest film, “The Fanatic,” Travolta discussed how he found the error during a scene setting up the climactic showdown between Rick Dalton, Cliff Booth, and the acolytes of Charles Manson whom history says would kill Sharon Tate in her Cielo Drive home.

Also Read: John Travolta Discusses 'The Fanatic' and His Own Relationship With His Fans (Video)

“Leonardo [DiCaprio, who plays Rick Dalton] is going home from Italy or wherever he was, and the narrator says that he took a 747,” Travolta told his fans at the screening. “Well, the 747 had its test flight in February 1969, but it went into service in January 1970. They’re nine months off! He would have been on a Boeing 707!”

Perhaps such an error could be excused as “Once Upon a Time…in Hollywood” is openly not going for historical accuracy. It is a version of Hollywood as filtered through Tarantino’s nostalgic memory of that era of moviemaking. Still, Travolta, who had just arrived in Hollywood in 1969, was so impressed by Tarantino’s re-creation of that era that he was taken back to his own memories of that time and place.

“I remember being there in the city when all of this was happening. I remember being scared because of Sharon Tate being killed. It triggered far more real memories than anything from filming ‘Pulp Fiction.’ I was right there in the moment with everyone else and that’s what’s so great about Quentin as a filmmaker. Like with ‘Inglourious Basterds,’ he sort of repairs our history.'”

Check out more thoughts from Travolta on his latest film, “The Fanatic,” as well as his own personal relationship with the nature of fandom, by clicking on our interview here.