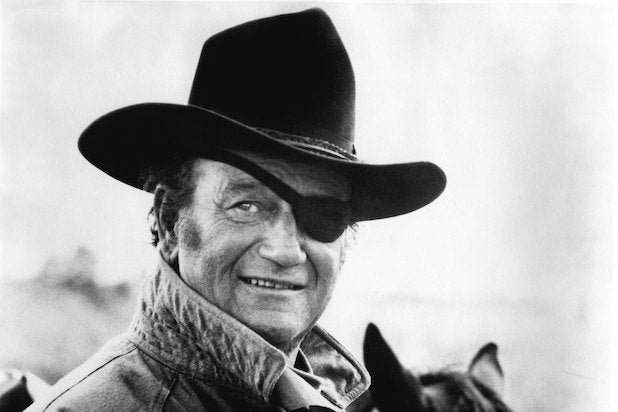 The officials passed an emergency resolution this week calling on the Orange County Board of Supervisors to drop Wayne’s name from the airport and rename it, simply, to Orange County Airport.

Also Read: Florence Pugh Comes Clean About Her Past Instances of Cultural Appropriation

“There have been past efforts to get this done and now we’re putting our name and our backing into this to make sure there is a name change,” Briceño told the Los Angeles Times, which first reported the news of the resolution.

The proclamation is part of the larger movement sweeping the country in which citizens-led protests have called for the removal of Confederate statues, monuments and other namesake legacies, and in which businesses and Hollywood media companies have reassessed past racist content.

The politicians specifically cite an interview Wayne gave to Playboy Magazine in 1971 where he was quoted as saying that he did “believe” in “white supremacy” and added that he did not “…feel guilty about the fact that five or 10 generations ago these people were slaves. Now, I’m not condoning slavery. It’s just a fact of life, like the kid who gets infantile paralysis and has to wear braces so he can’t play football with the rest of us.”

“With a lot of blacks, there’s quite a bit of resentment along with their dissent, and possibly rightfully so. But we can’t all of a sudden get down on our knees and turn everything over to the leadership of the blacks,” Wayne said in part in his 1971 interview. “I believe in white supremacy until the blacks are educated to a point of responsibility. I don’t believe in giving authority and positions of leadership and judgment to irresponsible people.”

Wayne also said in the interview that he did not feel remorse for Native Americans losing their land at the hand of white colonists.

“I don’t feel we did wrong in taking this great country away from them, if that’s what you’re asking. Our so-called stealing of this country from them was just a matter of survival. There were great numbers of people who needed new land, and the Indians were selfishly trying to keep it for themselves,” he said in the interview. “Look, I’m sure there have been inequalities. If those inequalities are presently affecting any of the Indians now alive, they have a right to a court hearing. But what happened 100 years ago in our country can’t be blamed on us today.”

Also Read: Bill Maher Says White People Should Go Easy on Other White People 'Whose Heart Is in The Right Place' About BLM

He also called movies like “Easy Rider” and “Midnight Cowboy” as perverted.

“Wouldn’t you say that the wonderful love of those two men in ‘Midnight Cowboy,’ a story about two f—, qualifies? But don’t get me wrong. As far as a man and a woman is concerned, I’m awfully happy there’s a thing called sex. It’s an extra something God gave us. I see no reason why it shouldn’t be in pictures. Healthy, lusty sex is wonderful.”

The resolution cites a recent survey of Orange County residents saying that “79% of respondents see the county’s increasing ethnic diversity as a source of great strength.”

Two of the authors of the resolution, Moodian and Smoller, wrote an op-ed earlier this week calling for the removal of the statue of Wayne that resides at the airport and called for the name to be changed, and a separate petition on Change.org calling for the name change has received over 700 signatures at time of writing.

“The Duke does not represent who we are or who we wish to be. With each passing year, the name and statue become increasingly anachronistic,” they wrote, calling Wayne by his nickname. “Ask yourself: If we named the airport today, is this the symbol we’d pick to represent our diverse, cosmopolitan community?”

Wayne lived a good chunk of his life in the Orange County region. The airport was renamed after him in 1979.