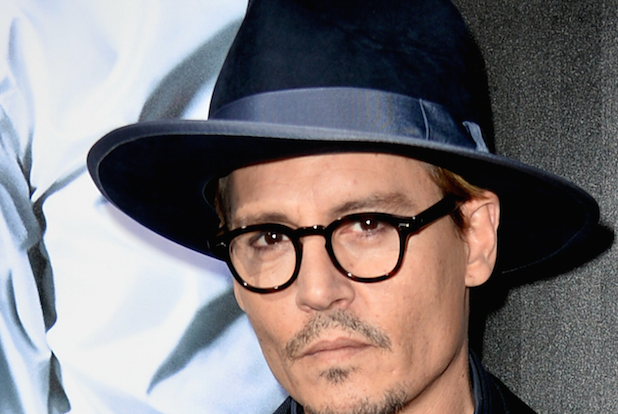 Johnny Depp will make his first visit to China to promote “Transcendence,” the film’s backers said Thursday.
DMG, which is producing and distributing the film along with Warner Bros. and Alcon Entertainment, said it is planning a series of promotional events in the country that will see Depp appear alongside the most Chinese actors, musicians, and artists and will be broadcast across China. It will be Depp’s only international promotional activity for the science-fiction adventure.
The actor had been scheduled to touch down in China last summer to promote “The Lone Ranger,” but his appearance was scuttled after the country’s film board shifted the picture’s release date.
Also read: Johnny Depp, Jerry Bruckheimer Postpone Trip to China as ‘Lone Ranger’ Waits for Release Date (Exclusive)
China-based DMG has used its connections in the country to pull off a similar promotional visit for Robert Downey Jr. last summer. That trip was tied to the release of “Iron Man 3.” The comic book movie went on to gross more than $120 million, giving a sense of the size and potential of the Chinese box office.
China passed Japan as the second largest film market in 2012 and many industry experts predict its box office will eventually eclipse that of the United States.
In addition to Depp, “Transcendence” stars Rebecca Hall and Morgan Freeman. Wally Pfister, the cinematographer behind “Inception,” directs the picture.