Set during Bowie’s first trip to America in 1971, “Stardust” sees Bowie traveling the country alongside legendary publicist Ron Oberman, as he struggles to connect with audiences. Gradually, with encouragement from Oberman and from his wife, Angela, he stumbles on the idea of turning his fantasies into his stage show. Naturally this leads to conflict with guitarist Mick Ronson — who would eventually split with Bowie over creative and financial differences just two years later.

Starring Johnny Flynn as Bowie, Marc Maron as  Oberman, and Jena Malone as Angela Bowie, “Stardust” is directed by Gabriel Range, who co-wrote the script with Christopher Bell. It launches VOD and with limited theatrical release on Nov. 25.

But Bowie Fans, be warned: Since “Stardust” wasn’t authorized by Bowie’s estate, there is absolutely none of his actual music in this film. So don’t go in expecting “Bohemian Rhapsody” or anything like that; it’s just a drama about the man, not his music.

Check out the first trailer for “Stardust” above and here, and see a new poster for the film below. 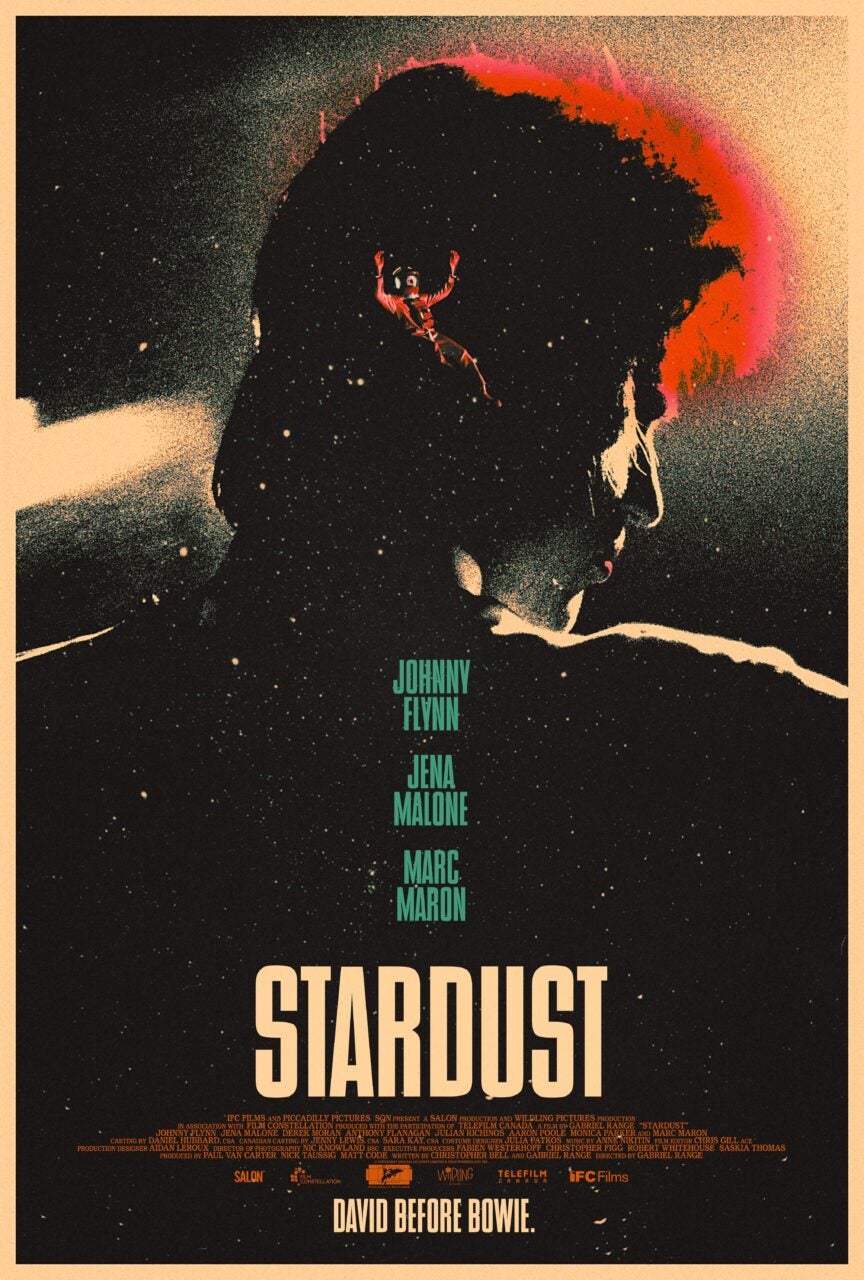