A version of this story about Hildur Guðnadóttir  and “Joker” first appeared in the Down to the Wire issue of TheWrap’s Oscar magazine.

Eight days after becoming the first woman ever to win a Golden Globe for a film score, “Joker” composer Hildur Guðnadóttir became the ninth woman to land an Oscar nomination in the film-score categories. And even that number isn’t terribly accurate, because two of the women who preceded her were songwriters or lyricists nominated in now-defunct categories, and another was Angela Morley, who was only credited with conducting, arranging and orchestrating.

“When I started to work in the States, I definitely felt some reluctance to trust me because I was a woman,” said Guðnadóttir, who was born and raised in Iceland at the time when the country had a single mother as its president, and whose grandmother was one of Iceland’s first female doctors.

“Growing up and seeing all these incredible women around me, I had no reason to think there’s anything women can’t do,” she said. “But the film-music industry hadn’t seen a lot of women, so maybe the industry didn’t think of hiring women — not because of malice, but because they hadn’t seen any women.”

In the last couple of years, though, Guðnadóttir has felt a change. “I think it’s really important that after #MeToo, we have groups like the Alliance for Women Film Composers who are really raising awareness and saying, ‘Hey, we have almost no women in this industry — isn’t it silly that half of mankind isn’t included in this part of storytelling?’ 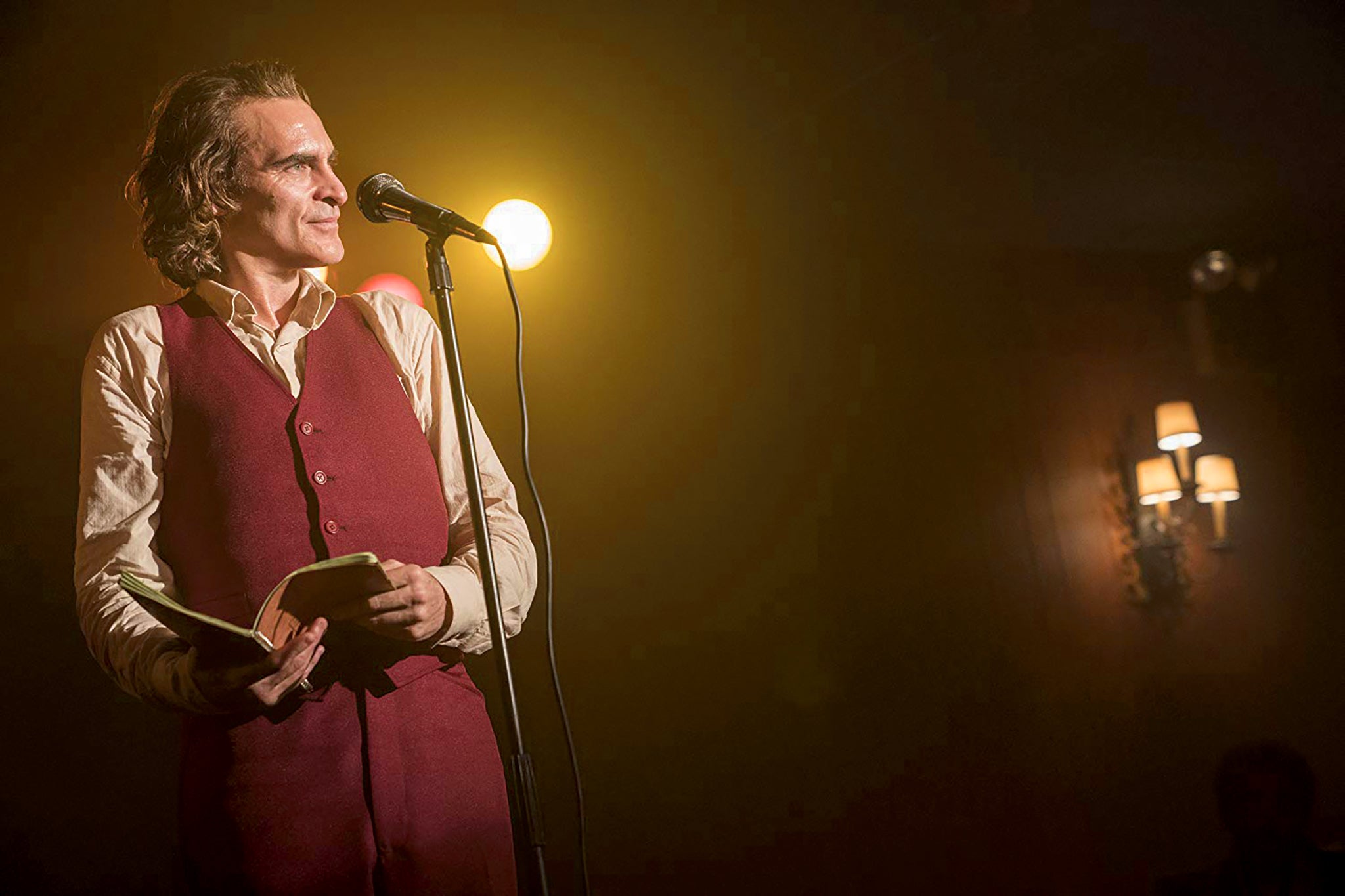 “At the end of the day we’re telling stories, and it should be natural to include as many voices as possible to tell those stories.”

“Joker” came on the heels of the HBO miniseries “Chernobyl,” for which Guðnadóttir won an Emmy Award in September. She began writing music for “Joker” as soon as she read the script, before director Todd Phillips started shooting.

She was aware of the dangers of writing music so early: “Of course it takes way more time,” she said, “and it’s riskier because you can throw away a lot of music.

“But when you have that extended time, you can grow into the storytelling. And I think when you read a script, you connect to the same channels as when you’re making music by yourself. You’re kind of making a narrative in your head, inventing the environments and connecting to what you think is the core of the story.”

The core of “Joker,” she added, was simply the space inside the lead character’s mind. “I sat down and tried to find my way into the character’s head,” she said. “That was one of the things Todd said to me early on, that the music should be inside his head and follow his inner narrative. He’s almost like the only character in the story, and everyone else might just be in his head.”

That influenced the music she wrote for Zazie Beetz’s character, a single mother who might be a potential girlfriend for Arthur Fleck (Joaquin Phoenix) or might be a figment of his imagination. “One of the main issues was, do we connect the music to her?” she said. “And in the end, we felt she wasn’t real, so I decided not to highlight her too much in the music — she didn’t get a lot of musical lift.”

Writing music for Arthur, though, required thought and time. “It took a little bit of fumbling around,” she said. “But when I found his theme, it was really like being hit by lightning. I knew that was it.”

At times, the music she wrote was played on the set, with star Phoenix responding directly to the score in some scenes. “When I saw the dailies and saw how he was connecting to the music, it was magical,” she said. “It was exactly what I envisioned when I wrote the music.”

The sound was direct and dark, with no harmonies of vibrato. “I wanted the music to be simple — flourishes just didn’t fit him at all,” she said. “His journey is linear, and it was important for the music to follow that, to get louder and stronger and harder as the movie went along.”

But at the end, when Arthur is standing on top of a car in full Joker makeup as a riot he’s inspired rages around him, she knew it was time to go even bigger. “It’s not like he’s masterminding this revolution,” she said. “The revolution just kind of happens while he’s stuck in his anger.

“It happens around him and he embraces it. And I decided it was really fun to use harmonies and macho chords there.”

To read more of the Down to the Wire issue, click here.