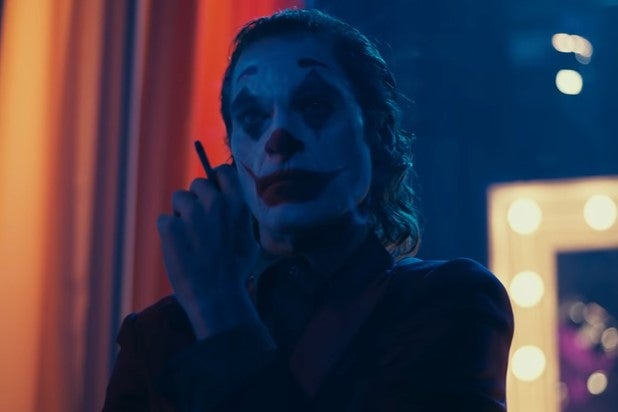 Every few years, the American public is stricken with a full-blown moral panic, and we’re in the midst of one now over Todd Phillips’ “Joker.” The paranoia that the movie will drive a lurking army of incels and troubled young men to fits of violence is not just pure fantasy. It also reflects a refusal to look at the real problems of our society — including untreated mental illness, endemic poverty and drug addiction.

This isn’t the first moral panic in America. In the 1950s, comic books were widely seen as dangerous to young minds, and psychiatrist Dr. Fredric Wertham argued that comic books would drive children to lives of addiction and delinquency. The public was so captivated by Wertham’s subsequently debunked proclamations that the Comics Code Authority was created to censor comic books and enforce moral standards. It remained in operation until 2011.

At various times, Dungeons & Dragons, Harry Potter, heavy metal, video games, hip-hop and Magic the Gathering cards have been blamed for everything from Satan worship to youth suicide to school shootings. And now, in 2019, we have “Joker.”

“Joker” follows Arthur Fleck (Joaquin Phoenix) as he descends into a fugue of mental illness and poverty and is repeatedly kicked by society. Back in September, “Joker”received an eight-minute standing ovation and the Golden Lion at the Venice Film Festival, and Joaquin Phoenix was broadly praised for his performance. Yet backlash against the film was swift and vociferous. Despite the fact that hardly anyone had actually seen the film, some frantic early commentators began calling it “dangerous” and critic Robbie Collin, writing in The Telegraph, went so far as to wonder if perhaps the film “should be locked in a strongbox then dropped in the ocean and never released.” (He ultimately gave it a squeamish four out of five stars).

Publications including Refinery29 and Salon published stories about whether it was “dangerous.” A Refinery29 piece called it a “poisonous story for a fraught time” and worried about the effect of “a story that empathizes with a violent sociopath” and whether it would become “a dangerous manifesto for radical and lonely white men.” A Salon story wondered if the film “will appeal to incels” and was explicitly “aimed at the violently embittered.” A Vox piece wondered if it “could be validation for violent glory seekers.”

In more conservative quarters, Baptist Press declared that the film “glorifies violence and could spark copycats, even if it does raise important questions about mental illness and society’s downtrodden.”

The implication was clear: “Joker”could cause incels — who had apparently just been waiting around for a movie to identify with — to do… something? Go on a violent rampage, perhaps. There is a common misconception that the 2012 Aurora, Colorado, movie theater shooter was dressed as Joker. He was not.)

And indeed, on the first Friday the film opened, there were brutal murders. Four homeless men were tragically beaten to death with a metal pipe as they slept on the street in the Bowery on the edge of Manhattan’s Chinatown. A fifth man was critically injured. The only connection between the victims was that they were homeless.

There’s no evidence they were killed by someone who saw “Joker” and decided to reenact his favorite scenes. Instead, police said, the attacker was Randy Santos, an out-of-work homeless man. One neighbor told The New York Times that Santos had a crack habit. Others said he seemed to be mentally unraveling. The same report said he told his aunt, “I am losing my mind.”

The Times said Santos was arrested a year ago, accused of biting and choking a man at an employment agency. And the paper detailed further run-ins with the law: Four days after the arrest, he was arrested again, accused of assaulting a man on the subway. In the spring he was accused of groping a woman in a homeless shelter in Queens. And, according to the Times, he was accused yet again a few months later of pummeling another man in a shelter in Brooklyn. At one point, a judge ordered him to sign-up for social services, which he simply never did, according to the Times.

Just a few weeks before the killings, a man resembling Santos had tried to kill another homeless man by tossing him into the Hudson River, police told The New York Times. Santos’ aunt told the Times that he was depressed, paranoid and using drugs and that she had repeatedly tried to get him into drug treatment programs without success.

Randy Santos wasn’t driven to violence by a movie, but the accusations against him suggest that he did resemble Arthur Fleck in many ways: Out of work, violent, delusional and let down by social services.

A breakdown shouldn’t be surprising. New York City Mayor Bill de Blasio has failed to deliver on a promise to build 90 new homeless shelters, partly due to opposition by New Yorkers who don’t want them in their neighborhoods. The shortage of shelters, particularly for men, has left thousands living on the streets, according to the Coalition for the Homeless.

Since 2015, the city has spent $850 million on ThriveNYC, a mental health awareness program headed by the mayor’s wife, Chirlane McCray. Yet there are few concrete results and a recent Politico investigation found broad dissatisfaction with the program among social services professionals.

And out of ThriveNYC’s total annual budget of $250 million, only $30 million is “targeted at the seriously mentally ill,” according to Manhattan Institute senior fellow Stephen Eide. Eide argues that ThriveNYC spreads resources “too thin” and that its failure to address serious mental illness “speaks to the political reasons behind the failures of our mental health system.”

In 2019, a movie that few people had even seen was deemed “dangerous” for its depiction of a man’s descent into madness and violence. Yet a real social crisis on the streets of Gotham — and indeed around the country — is simply treated as just another problem to throw money at. Why is a film that deals with tough subjects deemed dangerous while people are let down by the system every day?

Perhaps it’s because it is easier to try to block out stories and art that reflect back the rot in our society than it is to try and fix the world we live in. It’s easier to call a film “dangerous” or worry about copycats, than to acknowledge that our own society and government is failing its neediest citizens with deadly consequences.

Those people who historically have referred to works of art and literature as dangerous — from Savonarola to McCarthy — have invariably done so out of fear that what those works portray is a reality too uncomfortably like their own. Moral panic becomes cover for moral turpitude: The problem must be the movie or book or work of art, not the willful ignorance or tacit acceptance of the problems that it portrays. We simply can’t be part of the problem, therefore the issue must be with the film.

Calling out art as dangerous is not merely cowardly and culturally impoverishing. It’s a sign of a profound inability to confront societal decay around us.

View In Gallery
BIO TheWrap Staff
Benjamin Reeves is a New York based journalist and writer. His work has appeared in publications including Worth, Los Angeles Review of Books, USA Today, Miami Herald, Talking Points Memo and Vice, among others. Follow him on Twitter: @bpreeves.