Multiple Grammy winner Jon Batiste is set to make his acting debut in the upcoming big-screen musical adaptation of “The Color Purple,” directed by Blitz Bazawule and set at Warner Bros., an individual with knowledge of the project told TheWrap.

Batiste will play the role of Grady. Grady is Shug Avery’s husband and described as a debonair, sweet-talking piano man, who is the epitome of charm and eloquence. Taraji P. Henson is set to star as Shug Avery. The rest of the cast includes Corey Hawkins, Aunjanue Ellis, Fantasia Barrino, Danielle Brooks, Colman Domingo, Ciara, Louis Gosset Jr., David Alan Grier and H.E.R. in what will also be the musician’s acting debut.

“The Color Purple” is set for release by Warner Bros. on December 20, 2023. Production is currently underway in Georgia. 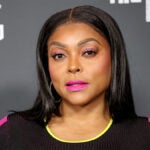 Bazawule is best known as the director of Beyoncé’s “Black Is King,” and he’ll direct from a script by Marcus Gardley (“The Chi”). “The Color Purple” also has a book by Marsha Norman and music by Brenda Russell, Allee Willis and Stephen Bray, and the musical was a hit for its joyous score featuring jazz, ragtime, gospel, blues and African rhythms.

“The Color Purple” originated as Alice Walker’s Pulitzer Prize winning novel in 1982, which was later adapted into Steven Spielberg’s Best Picture-nominated film in 1985 and then again into a musical on Broadway in 2005. Spielberg’s film was nominated for 11 Oscars and was the feature debut for Whoopi Goldberg and also featured Oprah Winfrey in a breakout role. The musical from 2005 likewise earned 11 Tony nominations and was revived again in 2016, which netted two Tonys and grossed $350 million.

The story centers on a black woman named Celie, who grows up in intense poverty in the American South and endures harsh treatment from her stepfather, husband and others in her life, which tests her faith in God and humankind. 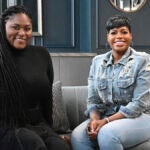 Henson’s character Shug Avery was portrayed by Margaret Avery in the Spielberg film, and Jennifer Hudson is among several actresses who have portrayed the role in the stage musical.

Batiste is also an Academy Award winner who along with Trent Reznor and Atticus Ross won the Oscar for Best Original Score for their work on the hit Pixar film “Soul.” Batiste is a five-time Grammy winner who most recently won the Grammy for Album of the Year this year for “We Are.”

Batiste is repped by CAA and attorneys Dan Shulman and Evan Krauss.