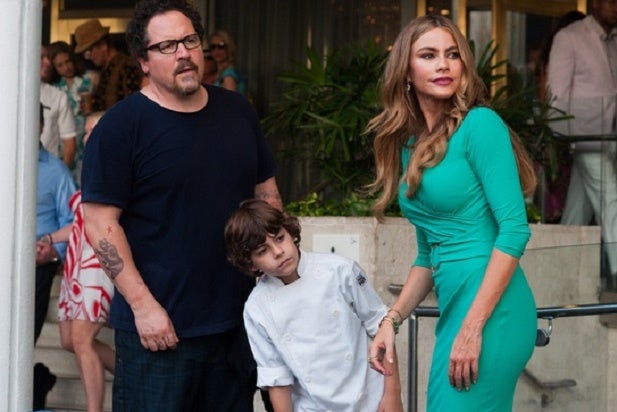 Jon Favreau‘s low-budget independent comedy “Chef” has been cooking at the box office, building grosses steadily since ensconcing itself in the top ten three weeks ago.

Now the trick for Open Road Films, which is handling the distribution and marketing, is serving up a second course of staying power in a summer that’s chock full of comedy offerings.

“It’s all about keeping the momentum up,” Open Road marketing chief Jason Cassidy told TheWrap, “and we’re trying to drive the conversation with the reviews, which have been great, and the word of mouth, which has been even better.”

Women, especially those over 35 years, have been a primary audience for “Chef.”

“That’s a group that tends to pay attention to the critics, so that’s been a plus for us,” Cassidy said. “Chef” has hovered around a 90 percent positive on Rotten Tomatoes for weeks.

Quality is a key ingredient in the film’s recipe for success, said Exhibitor Relations vice-president and senior analyst Jeff Bock.

“With ‘Chef,’ Jon Favreau has made his most personal film since ‘Swingers,’ and it shows,as it’s received some of the best reviews of his career. Truth is, if you don’t have extraordinary reviews as an indie film, there’s no way you’re going to stick around over the summer.”

Also read: LA Film Festival: A Feast of Indie Movies, With a Side of Jonah Hill and Channing Tatum

Positive word of mouth always helps, and when it comes from foodie favorites like celebrity chefs Mario Batali and Anthony Bourdain, it carries even more weight.

Everyone who eats should see @Jon_Favreau ‘s excellent new flick @ChefTheFilm It’s the real deal and a very tasty treat!!!

“Chef,” financed and produced by Aldamisa Entertainment, has taken in more than $11.4 million since opening in six theaters on May 9. It hit its peak last weekend, taking in $2.6 million from 1,298 theaters, it’s largest run yet. Considering all of the comedy competition in the marketplace right now, that’s an achievement.

With “22 Jump Street” opening Friday, there will be four other comedies in the marketplace: “Blended,” “A Milllion Ways to Die in the West” and “Neighbors.” All but “Blended” are, like “Chef,” rated R.

Also read: Jon Favreau in Talks to Direct Live-Action Adaptation of ‘The Jungle Book’ for Disney

Social media is a key part of the film’s plot and Favreau, who wrote, directed and stars in “Chef,” has relentlessly promoted it online, as well as with TV and radio spots.

“The online engagement level we’re seeing is about three times the norm,” said Cassidy, who attributes much of that to social media savvy of Favreau

And even though the film has been out for a month, the co-stars are still pushing hard. This week Platt appeared on TV’s “The Today Show” and Favreau was on “On Air With Ryan Seacrest.”

“I shoot food like Michael Bay shoots women in bikinis,” joked Favreau, who has directed big-budget popcorn films like “Iron Man” and “Cowboys and Aliens,” and will have the reins on Disney’s upcoming live-action remake of “Jungle Book.”