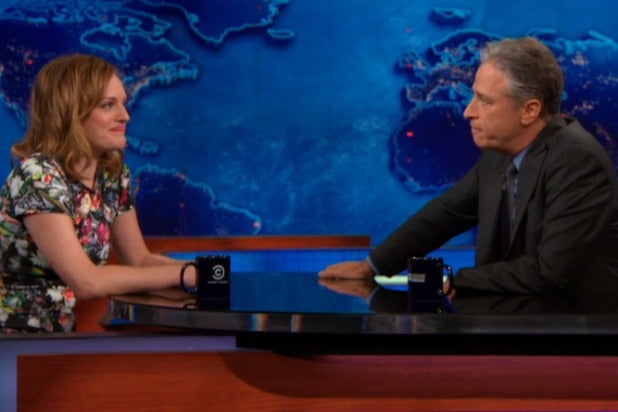 Stewart said on Monday’s “Daily Show” that a woman in his audience had asked him what interview made him most regretful. Stewart told Moss, his guest, that he wished he had been tougher on the former Secretary of Defense.

“I was saying Donald Rumsfeld, because he started a war for no reason and lied a lot about it and like kept lying about it, even on the show,” Stewart said. “And I felt like, oh, I’ll nail him on that, and he’ll be like, ‘[expletive]. It’s the end of the road for old Donnie Rumsfeld.”
“But I didn’t,” added Stewart.
Also read: Watch Jon Stewart’s Supercut of CNN Disses (Video)

“I don’t think you can really blame yourself for that though, honestly,” said Moss, trying to cheer him up.

You can watch the Rumsfeld interview here, and the Moss interview below: