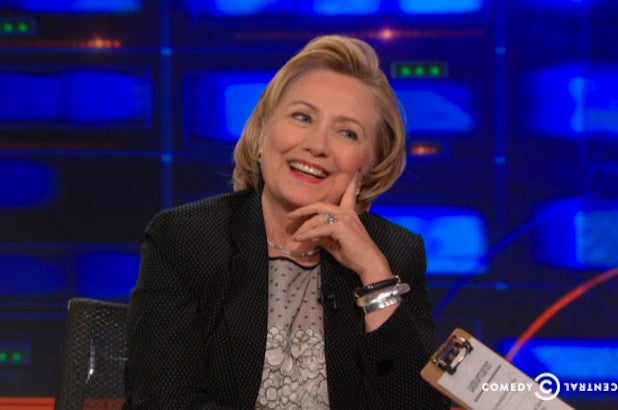 Hillary Clinton joined “The Daily Show” on Tuesday night to talk about her new book, but host Jon Stewart was having none of that boilerplate self-promotional, pseudo-campaign nonsense.

Nobody cares about the book, he said. What people want to know is whether Clinton plans on running for president.

“You know, I was going to make an announcement, but you kind of spoiled it for me,” Clinton said, laughing.

It was a light moment, but it opened the floodgates to an interview largely focused on Clinton’s presidential ambitions, including a survey Stewart gave the former secretary of state that was meant to determine just how comfortably she’d fit in the White House.

Indeed, she quite enjoys working from home, in rounded offices, and having motorcades whisk her through traffic.