Jon Stewart, the comedian, activist and former host of “The Daily Show,” will receive the Mark Twain Prize for American Humor from the Kennedy Center.

Stewart will be recognized in a gala ceremony and performance April 24 that will be broadcast nationally. Due to the pandemic, the award has not been given out since Dave Chappelle took home the honor in 2019.

“I am truly honored to receive this award. I have long admired and been influenced by the work of Mark Twain, or, as he was known by his given name, Samuel Leibowitz,” Stewart joked in a statement. 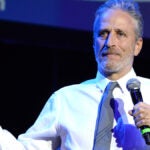 “For more than three decades, Jon Stewart has brightened our lives and challenged our minds as he delivers current events and social satire with his trademark wit and wisdom. For me, tuning in to his television programs over the years has always been equal parts entertainment and truth,” Kennedy Center president Deborah F. Rutter said. “In these often divisive and challenging times, someone like Jon, through his undaunted advocacy for first responders and veterans, also demonstrates that we all can make a difference in this world through humor, humanity, and patriotism. He is most deserving of this award and I certainly cannot wait to hear the Concert Hall full of laughter again on April 24.” 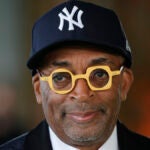