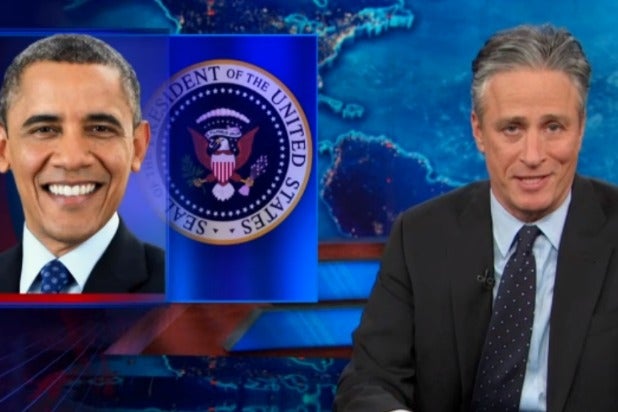 Jon Stewart had to cover the State of the Union Address without seeing it — but he still made do.

The “Daily Show” taped Tuesday before Obama delivered his speech, but aired soon after the speech ended. So Stewart shared a few predictions/recollections — remember that thing Biden did? — before explaining that the State of the Union doesn’t matter much anyway.

Also read: Congressman Threatens Reporter After State of the Union Interview: ‘I Will Break You in Half’ (Video)

He predicted that the address, Republicans’ responses to it, and commentary about it be condensed into six-second Vines. Then he noted that last year, Congress acceded to just two of the president’s 41 requests — raising the debt ceiling and re-authorizing the Violence Against Women Act.

So Obama has decided to govern through executive orders, bypassing Congress. Stewart called it “the most auto-erotic form of governance” and suggested that Obama was cutting out an entire branch of government — essentially giving up on getting Republican lawmakers to do anything.

“President Obama is apparently now in the ‘f— it’ stage of his presidency,” Stewart said.