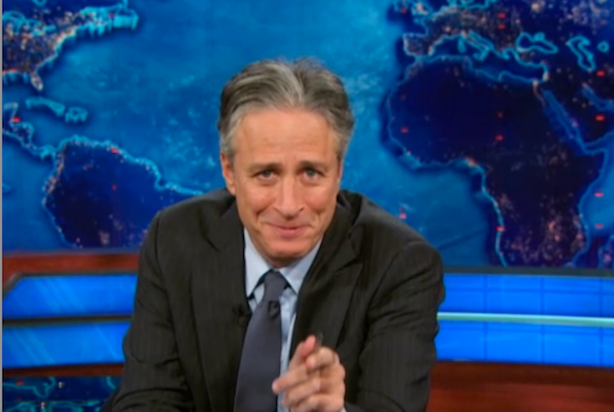 “60 Minutes” is reeling from a controversial report on the Benghazi terrorist attack that included a false eye-witness account from security officer Dylan Davies, and Jon Stewart is not above taking a few pot shots of his own at the hallowed news brand.

“The Daily Show” host noted that there were a few problems with Davies account — namely that despite his dramatic story about battling a terrorist and seeing a dying Ambassador Christopher Stevens, the security officer was not present at the U.S. compound.

“He made the whole thing up…ha, burn,” Stewart said Tuesday. “Which ’60 Minutes’ sort of acknowledged on Sunday night.”

He noted that the news magazine apologized last weekend for airing the false report, but indicated that issues arose after the “60 Minutes” aired its blockbuster story when reports surfaced that Davies had relayed a different story of his movements on the night of the attack to his supervisor and to the FBI.

Also read: Fox News’ Motto Per Stephen Colbert: ‘We Report, But You Should Really Check With Someone Else’ (Video)

“We thought of raising the ‘is this true?’ question before airing these explosive allegations, but it’s such a pain in the ass to check and what if it was bulls— and then we’ve got these 10 minutes to kill,” Stewart said, channeling the news program’s brass.

After all, he noted that there was little in Davies’ resume that would have given reliable news organizations pause before broadcasting his story.

“If you can not trust an international mercenary existing in the netherworld twixt assassin and bounty hunter whose very livelihood is predicated on the flexible morality needed to survive in the chaos and lawlessness of failed nations, who can you trust?” Stewart said. “It’s like finding out Santa isn’t real.”