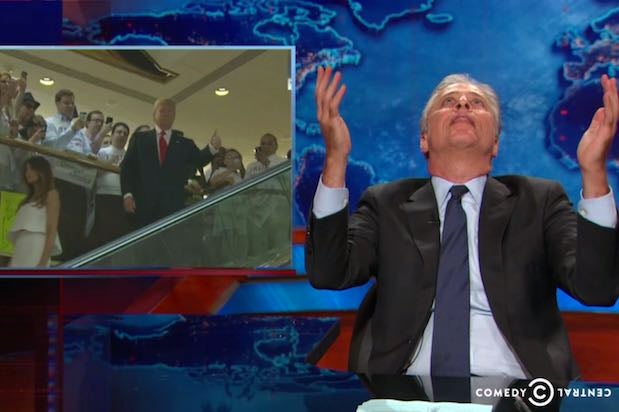 Jon Stewart is really looking forward to roasting Donald Trump during his last days on “The Daily Show.”

The Comedy Central host thanked the billionaire profusely on Tuesday night for a presidential bid that will provide a “comedy hospice” for Stewart’s last month and a half before incoming host Trevor Noah takes over.

“Thank you Donald, thank you Donald Trump, for making my last six weeks my best six weeks,” Stewart said. “He is putting me in some kind of comedy hospice where all I’m getting is just straight morphine.”

The jokes began with Stewart poking fun at the real estate mogul’s escalator entrance, which rock star Neil Young did not appreciate due to the unauthorized use of his song, “Rockin’ in the Free World.”

“Taking an escalator down to the White House. I have’t seen an entrance that impressive since my friend met me at the Gap after grabbing an Orange Julias,” Stewart said.