Jonah Hill requested that his followers stop commenting on his body in an Instagram post on Wednesday.

“I know you mean well but I kindly ask that you not comment on my body,” wrote the 37-year-old. “Good or bad I want to politely let you know that it’s not helpful and doesn’t feel good. Much respect.”

The statement came a couple months after Hill addressed how “years of public mockery” by the media had “exacerbated” his childhood insecurities in another Instagram post. Next to a screenshot of a Daily Mail article featuring photos of the actor changing into a wetsuit, he wrote: “I don’t think I ever took my shirt off in a pool until I was in my mid 30s even in front of family and friends … So the idea that the media tries to play me by stalking me while surfing and printing photos like this and it can’t phase me anymore is dope.” 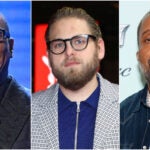 “Oh and Daily Mail, not even you can take that smile from my face,” he added with a winking emoji.

Hill shot to stardom with his role in 2007’s comedy “Superbad” alongside Michael Cera. He consistenly appeared in big-ticket comedies such as “Forgetting Sarah Marshall” and “Get Him To The Greek” before starring in prestigious dramas “Moneyball” and “The Wolf of Wall Street,” both of which earned him Oscar nominations for best actor in a supporting role. In 2018, he made his writer-directorial debut with the A24 skater dramedy “Mid90s.”

Many supporters rallied behind Hill in the comments of his latest post. His sister and fellow actor Beanie Feldstein commented, “THAT’S MY BROTHER.” Singer-songwriter SZA thanked him, writing, “Absolutely love you.” Olivia Munn, Aidy Bryant, Omar Sy and other famous fans added notes of support. 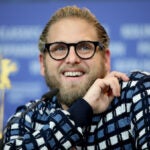 Next up for Hill is an untilted Netflix comedy which he will star in, produce, and co-write with director Kenya Barris. He will also appear in frequent collaborator Adam McKay’s film “Don’t Look Up,” which is set for a December 2021 release.