Jonah Hill has been tapped to star as Grateful Dead frontman Jerry Garcia in an untitled biopic for Martin Scorsese and Apple TV, according to an individual with knowledge of the project.

Scorsese and Hill are both producing the biopic as well. Hill will produce the film through his Strong Baby banner with his producing partner, Matt Dines. Rick Yorn of LBI Entertainment is producing alongside Hill and Scorsese. Executive producers are Bob Weir, Phil Lesh, Mickey Hart, Bill Kreutzmann, Trixie Garcia and Eric Eisner. 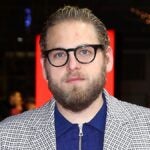 The band and their management team are participating in the film. Apple also has the rights to use the Grateful Dead’s musical catalogue for the film.

Hill and Scorsese previously worked together on “The Wolf of Wall Street,” which garnered Hill his second Oscar nomination for best supporting actor. The pair have been looking to work together again on project ever since.

Scorsese previously produced a documentary about the band in 2017 — “Long Strange Trip.”

Last year, Apple signed a multi-year first-look TV and film deal with Scorsese and his Sikelia Productions banner that will see the legendary director produce and direct for Apple TV+.

Apple is already producing Scorsese’s next film, “Killers of the Flower Moon,” which Paramount will distribute theatrically. Apple will stream the film on its platform following its theatrical release.

Scorsese and Hill are repped by WME and LBI Entertainment. Alexander and Karaszewski are repped by Management 360 and attorney Christine Cuddy at Kleinberg Lange Cuddy & Carlo.