Jonshel Alexander, a former child actor best known for her supporting role in 2012’s “Beasts of the Southern Wild,” died Nov. 27 in New Orleans. She was 22.

According to police, Alexander and an unidentified man were shot multiple times while sitting in a car in the city’s 7th Ward. Alexander was declared dead on the scene by paramedics; her companion survived and was able to drive himself to the hospital, according to Nola.com.

Alexander’s killer has not yet been apprehended. Police have identified a vehicle they believe is connected to the crime, and have asked the community for help identifying the vehicle’s driver. 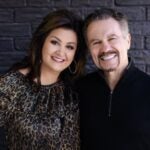 The New Orleans native was 12 when she was cast in “Beasts of the Southern Wild,” which tells the story of a six-year-old girl named Hushpuppy (Quvenzhané Wallis) who lives in a bayou community just beyond the New Orleans-ear levees. Alexander was too old for the role, but director Benh Zeitlin was so impressed with her that, he told Nola.com, he built the character of Joy Strong around her.

“We incorporated a part into the film that was very much inspired by her. A lot of the lines were written by her, and so much of the character grew out of who Jonshel was. Her character in the film is named Joy Strong, which always seemed like a perfect description of Jonshel. She was a really bright burning light,” Zeitlin said.

Alexander is survived by her family, including her daughter, De-vynne Robinson, according to Nola.com.