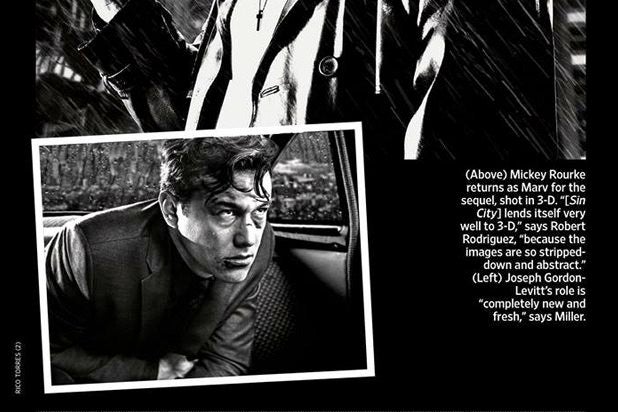 Joseph Gordon-Levitt was one of the more exciting additions to “Sin City: A Dame to Kill For,” and his hard-gambling character named Johnny has finally been revealed.

Entertainment Weekly revealed the first look of the actor in their latest issue Thursday, which also highlights the return of Mickey Rourke’s character, Marv, and Jessica Alba as Nancy Callahan, a stripper with a heart of gold. In the sequel to Robert Rodriguez and Frank Miller‘s 2005 noir “Sin City,” Nancy takes center stage as she sets out to settle a vendetta.

Also read: Joseph Gordon-Levitt Had a Career Lull Once, And Here’s What He Did About It

“She’s out for revenge,” Miller, who co-directed the sequel, told the magazine. “She is sick of being treated — as she puts it — ‘as a piece of ass.”

Miller called Gordon-Levitt’s role “completely new and fresh,” and teased that the bruised gambler “beat the wrong guy in poker.”

Take a look at the spread below: