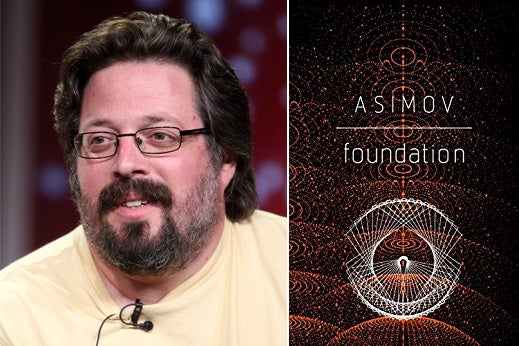 Friedman has stepped down from day-to-day responsibility on the show, but will remain attached as executive producer. Co-writer David S. Goyer will remain on board as the sole showrunner on the Skydance Television-produced series.

The 10-episode series is based on Isaac Asimov’s groundbreaking sci-fi novels depicting the thousand-year saga of The Foundation, a society of exiles working to prevent millennia of dark ages after the fall of the Galactic Empire. David Ellison, Dana Goldberg, Marcy Ross and Robyn Asimov — Isaac’s daughter — serve as executive producers.

Friedman was previously replaced as the showrunner on TNT’s adaptation of the 2014 Bong Joon Ho film “Snowpiercer” by “Orphan Black” co-creator Graeme Manson, a decision the network attributed to creative differences.

Friedman, who created the “Terminator” series “Terminator: The Sarah Connor Chronicles,” will now shift his focus to other projects, including serving as screenwriter for James Cameron’s “Avatar” sequel. His other previous credits include “The Black Dahlia,” “Locke & Key” and “Emerald City.”

The Hollywood Reporter first reported the news of his departure.