The duo will assume a senior role that has been vacant since Doug Belgrad left the studio in 2016. Greenstein and Panitch’s responsibilities and reporting lines remain unchanged. Greenstein’s previous title was Sony Pictures President of Worldwide Marketing & Distribution and Panitch previously served as president of Columbia Pictures. 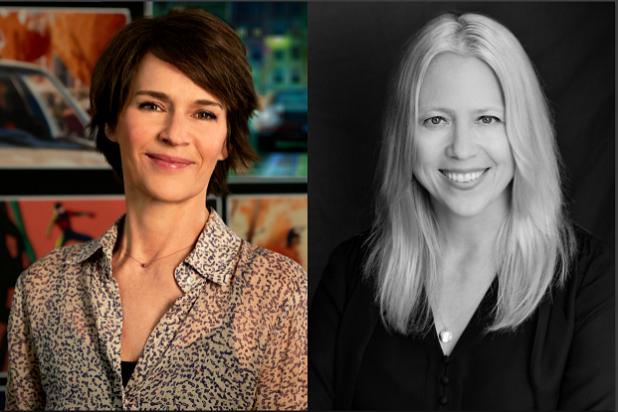 Read the memo below…

I am pleased to share with all of you some exciting news concerning several members of the senior leadership of our Motion Picture Group.

We also announced yesterday that Spring Aspers will be promoted to President, Sony Pictures Motion Picture Group, Music, in recognition of her terrific work. Spring is responsible for bringing Eminem to Venom, Post Malone to Spider-Verse, Ariana Grande to Charlie’s Angels, and a whole lot of cool to everything we do musically. It is particularly gratifying to see someone who has “come up” through the company flourish as Spring has.

And lastly, as you all know, we have had two successively strong years of feature hits from Columbia. Indeed, in just recent months we have had Columbia’s highest grossing film in history and the top original film of the year. These results speak to the fine production work of Columbia under Sanford Panitch’s leadership and the excellent worldwide marketing and distribution efforts led by Josh Greenstein. In recognition of their success, Sanford and Josh will each receive the new title of President Sony Pictures Motion Picture Group, a title which has been vacant since Doug Belgrad’s departure. Their responsibilities and reporting lines are unchanged.

Any individual success is, of course, a credit to all the teams working for and with these executives throughout the company, so we all share in their good news. I hope you will join me in congratulating all four of our colleagues.

After falling below $1 billion in annual domestic grosses in 2016, Sony is set to pass that mark for the third consecutive year in 2019, thanks in large part to the revival of the “Spider-Man” franchise. Combined, the grosses of “Spider-Man: Far From Home” and the 2019 gross of the Oscar-winning “Spider-Man: Into the Spider-Verse” account for 50% of Sony’s $942.5 million annual gross to date. Sony’s partnership with Disney and Marvel Studios that triggered this revival had been broken off in August, but a new deal between the two sides was reached this past week to co-produce one more “Spider-Man” film for release in summer 2021.

Outside Marvel, Sony has had a mix of hits and misses, the biggest bust being “Men In Black: International,” an attempt to revive the “MIB” series that only grossed $253 million worldwide against a $110 million budget. On the other hand, Sony had more success with “Once Upon a Time…in Hollywood,” the first film directed by Quentin Tarantino to be released by a major studio. Since its late July release, the acclaimed dramedy has grossed $357.5 million against a $90 million budget and is expected to receive several Oscar nominations.