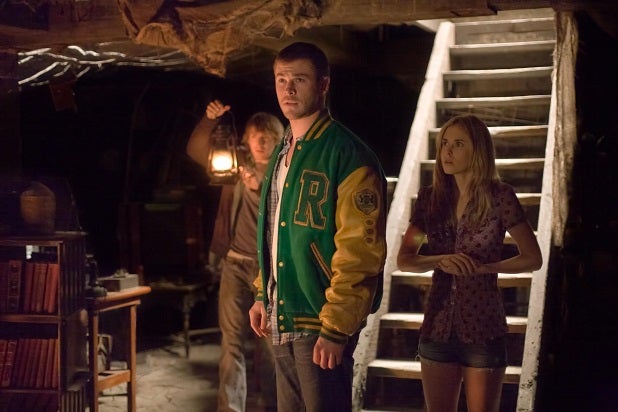 Joss Whedon and Lionsgate have been slapped with a $10 million lawsuit by a writer who claims that the 2012 film “The Cabin in the Woods” was ripped straight from the pages of his book.

In the lawsuit, filed in U.S. district court in California on Monday, claims that the horror film and his book are “virtually identical” in numerous respects.

Gallagher claims that he published “The Little White Trip: A Night in the Pines” in 2006 and registered the book with the Writers Guild of America the following year. According to the lawsuit, Gallagher published two runs of the book totaling 7,500 copies and hawked them in areas including Santa Monica, Calif., the Venice Beach boardwalk and the Hollywood Walk of Fame.

The similarities between Gallagher’s book and the film are myriad, the suit claims.

Among the alleged similarities that the suit claims: “Like the book, ‘Cabin in the Woods’ tells the story of five friends (three guys and two girls) between the ages of 17 and 22 who take a trip to a remote cabin in the woods. The cabin’s previous inhabitants were murdered by the father of the family, who returns to terrorize the group of friends.

In the end, it is revealed that the friends are being filmed and manipulated by persons behind the scenes, thus becoming inadvertent characters in a real-life horror show for the enjoyment of others.”

Gallagher even says that the two main female characters in his book are named Julie and Dura, whereas in the film they’re named Jules and Dana.

In addition to Whedon, Lionsgate Entertainment and Lionsgate Films, Drew Goddard, who directed the film and co-wrote with Whedon, are named in the suit.

A spokesman for Lionsgate had no comment on the lawsuit for TheWrap. A  representative of Whedon has not yet responded to TheWrap’s request for comment.