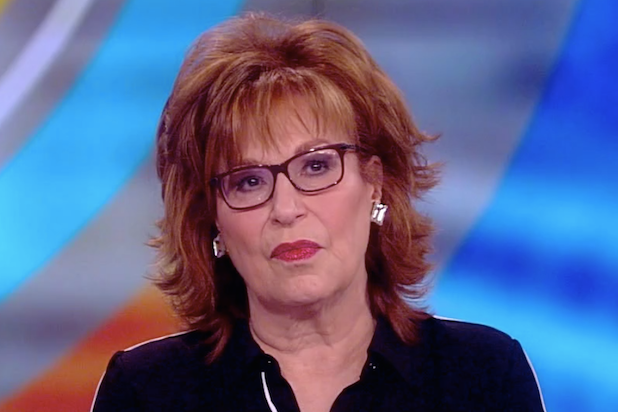 In a pre-taped episode of ABC’s “The View” set to air Friday, longtime co-host Joy Behar announced she’ll be taking time off from the gig as a precaution during the spread of the coronavirus, according to ABC News.

“I’m in a higher risk group because of my age, but I’m perfectly healthy. I don’t look my age, but I’m actually up there. The number makes me dizzy,” said the 77-year-old comic, who, like other “View” panelists, has not tested positive for the virus.

The Friday episode of the show will further address her absence, which officially begins Monday. The long-running syndicated talk show stopped taping in front of a live studio audience on Tuesday, which is a first in the show’s history.

“I (heart) Joy and deeply respect her decision on this,” wrote co-host Meghan McCain on Twitter Thursday. She followed that up Friday morning with this: “I have experienced and seen a LOT of things in media in my life (like a lot) – however cohosting a live talk show in an empty, audience-less studio during a global pandemic may be the absolute most bizarre.”

Shows across time slots are affected by the outbreak. Three late-night talk shows have entirely called off a week of tapings amid the ongoing coronavirus pandemic.

Production on CBS’s “The Late Show With James Corden” and both “The Tonight Show Starring Jimmy Fallon” and “Late Night With Seth Meyers” at NBC will be suspended next week and through a previously planned hiatus the week of March 23.