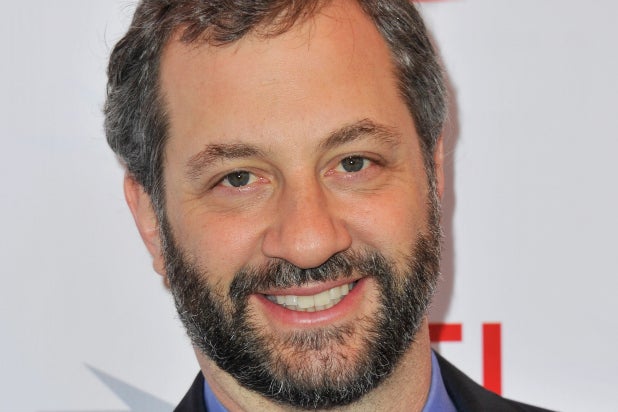 Judd Apatow and Netflix are teaming up on a new original series about love, aptly titled “Love.”

The streaming company has given the writer-director — who is teaming up with Paul Rust and Lesley Arfin on the comedy — a two-season commitment, debuting with 10 episodes in 2016 and 12 more in 2017.

Also read: Andy Samberg and The Lonely Island to Star in Universal Comedy From Judd Apatow

“Love” follows Gus (Rust) and Mickey (Gillian Jacobs) as they “navigate the exhilarations and humiliations of intimacy, commitment, and other things they were hoping to avoid,” according to the Tuesday press release.

The half-hour comedy series is produced by Apatow Productions and Legendary Television, and created and written by Apatow, Rust and Arfin. Brent Forrester (“The Office”) will executive produce the project.

“Judd Apatow has a unique comedic voice that manages to be delightful, insightful, and shockingly frank — often at the same time,” said Netflix Chief Content Officer Ted Sarandos in the media release. “Together with Paul and Lesley, he’s bringing a whole new level of agony and ecstasy to this modern day comedy of manners.”

“I am so excited to get to work with Paul and Lesley on this project,” added Apatow. “Netflix has been supportive in ways I couldn’t create in my wildest fever dreams.”