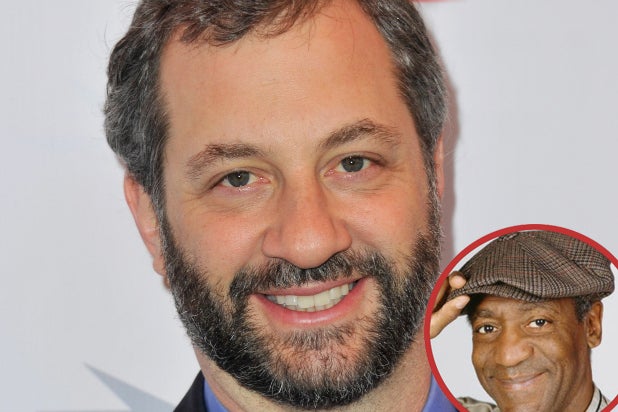 “I absolutely would like to see him in jail,” the “Trainwreck” director said on Marc Maron‘s “WTF” podcast. “That’s where people who commit sexual assaults go.”

Apatow went on to describe what he thinks it must have been like for the women who’ve accused Cosby of rape, sexual assault and or drugging their drinks.

“You take a drink of something or you take a pill that he told you was something that it wasn’t, and you slowly start passing out and you’re looking at him and you’re thinking, ‘What in God’s name is about to happen?'” the director said. “It is bone-chilling. It’s a horror movie.”

Apatow has been highly critical of Cosby’s alleged involvement in the claims made by more than 20 women in recent weeks. But the director has limited most of his comments to 140-character tweets. However, on Maron’s podcast he was able to really let loose.

Also Read: Bill Cosby Jokes That Women Should Be Careful Drinking Around Him

The producer-director was also upset about Cosby’s comedy tour, which passed through Ontario, Canada last week, despite hundreds of outraged protesters who tried to stop the tour. While Cosby was on stage he jokingly cautioned women against drinking near him.

“He got two standing ovations last night,” Apatow said. “He’s booked through the spring. Are people going to book him again? Maybe they will if we don’t complain about it.”

Also Read: Why Bill Cosby Ticket Holders Can’t Get Refunds Whether They Think He’s a Rapist or Not

As TheWrap previously reported, “The Cosby Show” star has maintained his innocence through his lawyer since the allegations resurfaced.

Rashad even went so far as to criticize the women who’ve accused him. “Forget these women,” she said. “What you’re seeing is the destruction of a legacy. And I think it’s orchestrated. I don’t know why or who’s doing it, but it’s the legacy. And it’s a legacy that is so important to the culture.”