“Forget these women,” Rashad told Showbiz 411’s Roger Friedman in a story published online Tuesday night. “What you’re seeing is the destruction of a legacy. And I think it’s orchestrated. I don’t know why or who’s doing it, but it’s the legacy. And it’s a legacy that is so important to the culture.”

In his report, Friedman said he spoke with Rashad hours earlier at New York’s Metropolitan Club during a Paramount Pictures luncheon for the movie “Selma.”

When asked about the scandal, Rashad initially declined to comment, saying, “I don’t want to become part of the public debate.”

In recent weeks, Cosby has been accused of raping, sexually assaulting or drugging more than 20 women. 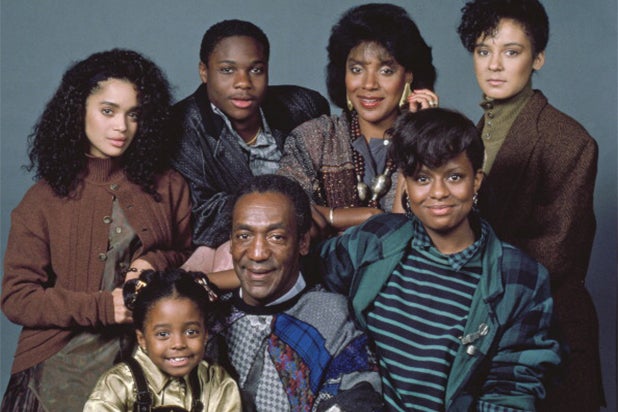 When asked how she felt about Cosby, Rashad reportedly said, “I love him.” The Tony Award winner added that she had known the comedian for years and had never seen the behavior alleged by his accusers.

“Someone is determined to keep off TV,” Rashad added, alluding to a conspiracy against the television icon. “And it’s worked. All his contracts have been canceled.”

She also said the scandal had ultimately sullied the legacy of “The Cosby Show,” which aired on NBC from 1984 to 1992. The series centered on the upper-class Huxtable family and defied stereotypes about African-Americans.

“This show represented America to the outside world,” Rashad said. “This was the American family. And now you’re seeing it being destroyed. Why?”

Cosby, 77, hasn’t been charged with any crimes stemming from the allegations.

But the fallout prompted the cancellation of a Netflix special, caused NBC to drop a comedy series that was in the works, and has led to several of his stand-up comedy shows being canceled. TV Land also pulled repeats of “The Cosby Show” amid the allegations.