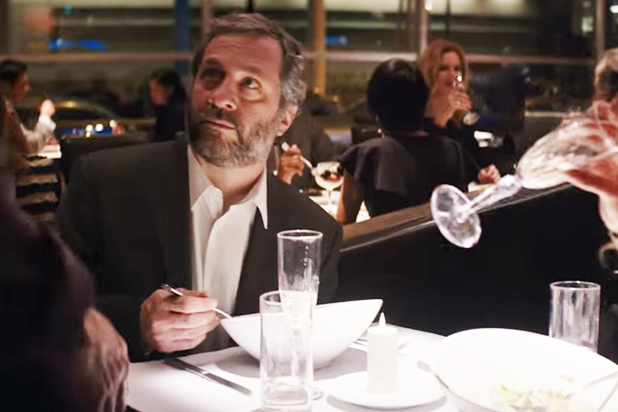 Judd Apatow in The Disaster Artist

Judd Apatow didn’t realize he was playing a version of himself when he signed on to a cameo role in “The Disaster Artist.”

“I was laughing with James Franco because when he asked me to do ‘The Disaster Artist,’ he said I would play an asshole producer,” the comedian told TheWrap. “So [in the movie], you see me, I’m dining with a very young woman and it all seems pretty awful and then I’m very mean to Tommy.”

“It’s not going to happen for you,” Apatow tells Franco as “The Room” creator Tommy Wiseau in the movie. “Not in a million years.”

“I never find anything about myself interesting, so whenever I accept an acting part–which is very rarely–I usually am only comfortable playing something a little more extreme.”

You can catch Apatow’s cameo when the movie hits theaters everywhere December 8.

Heads up: “It’s Always Sunny in Philadelphia” is leaving Dec. 9, so binge up

Well, Netflix aficionados: we've almost made it through an entire year of clicking "Play Next" and "Yes, I'm Still Here."  Here's what you definitely need to stream in December, along with titles you will want to re-watch before they're gone. For the full list, head over here.