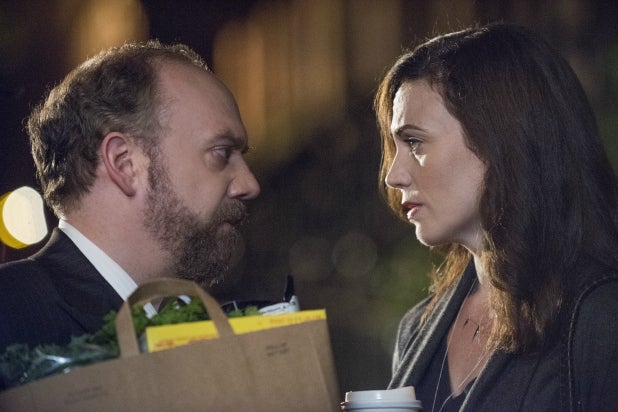 A judge has dismissed the copyright infringement suit brought against Showtime’s “Billions,” ruling that there is no evidence the show ripped off the character Wendy Rhoades from author and Wall Street performance coach Denise Shull.

“The problem here, as Defendants aptly point out,” the judge wrote, responding to Shull’s claim that the show infringes on her 2012 book “Market Mind Games,” “is that the works do not seem to resemble each other in the least.”

The suit, filed in federal court in New York last December, claimed that the Rhoades character, portrayed by Maggie Siff, borrowed from Shull’s work as “an expert in neuroeconomics, modern psychoanalysis and neuropsychoanalysis.” Her book, “Market Mind Games” was a fictionalized retelling of her experiences “in the form of an in-house female performance coach for a hedge fund.”

Shull also claimed in the suit that Andrew Ross Sorkin, one of the creators of “Billions” who was named as a defendant in the suit alongside Showtime and the other producers, requested Shull’s assistance in developing the Rhoades character.

“Although Shull is well-known in the performance coaching world,” the judge wrote, “it cannot be said that she can copyright the idea of a female in-house performance coach … A finding of copyright infringement in this case would serve to be even more troubling, as the character of Denise and Wendy do not resemble each other in the slightest.”

Showtime responded to the judge’s ruling with a statement on Monday, saying the network was “pleased that the court agreed with our position all along that ‘Billions’ did not infringe on Denise Shull’s book.”