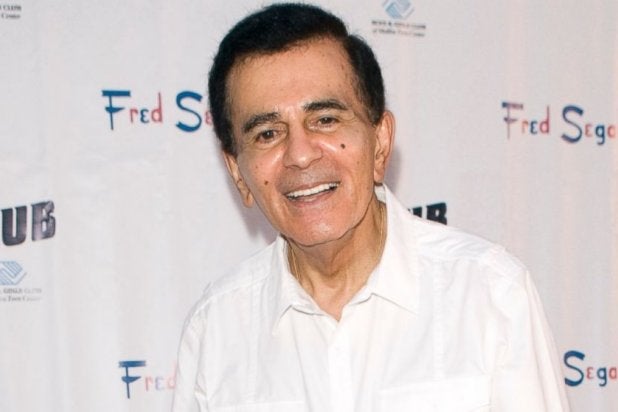 As Casey Kasem’s health is declining, a judge has ordered that both sides of his family be allowed visitation at the same time. However, the judge also ordered that the two sides not communicate with one another while on hospital property.

Kasem is currently in St. Anthony Hospital in Gig Harbor, Washington, where the legendary radio DJ is in critical condition, according to hospital spokesperson Scott Thompson. He was brought in on Sunday, suffering from an infected bed sore.

He is currently on medication to control his blood pressure, and is being treated for bed sores. “Mr. Kasem is alert, appears comfortable at this time,” Thompson said in a written statement to TheWrap.

Casey Kasem’s wife, Jean, has been in a heated battle with his children over visitation rights and care for the 82-year-old Kasem. Ultimately, his daughter Kerri got the legal system involved, and was granted conservator over his health care, and daily visitation rights. This came after Jean moved her husband to Washington in early May 2014, without alerting his children.

Casey Kasem is suffering from Lewy Body Disease, which has left him unable to speak, eat, or move on his own.

Jean was escorted out of the hospital on Wednesday, after causing a scene, according to NBC News. She was allegedly told she could stay if she calmed down, but she did not. On Thursday, she and her lawyers asked Kitsap Superior Court Judge Jennifer Forbes to issue an order granting her visitation rights to her husband in the hospital.

Forbes agreed, which is when she made the demand that the families ignore one another while together in the hospital. As “it appears that Mr. Kasem may be in his final hours, both sides should be allowed to visit Mr. Kasem at the same time,” Forbes declared.

Kerri Kasem is expected to attend another court hearing Friday and provide a statement to press.