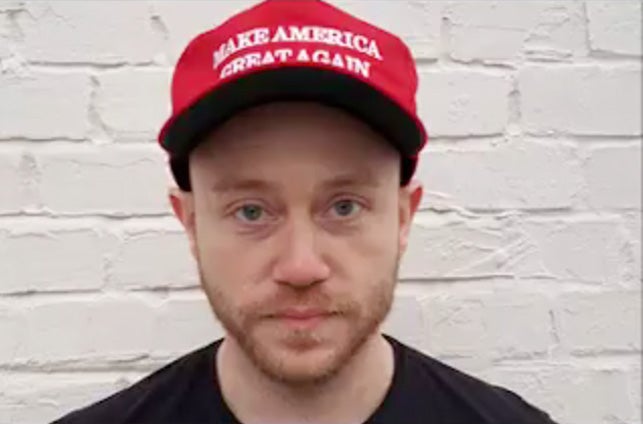 Andrew Anglin, publisher of the neo-Nazi site The Daily Stormer, has been ordered to pay $14 million to a Montana woman whose personal information he posted before calling on his followers to “troll storm” her family with hostile online messages.

On Monday, U.S. Magistrate Judge Jeremiah Lynch ruled that Anglin owes Tanya Gersh $10 million in punitive damages along with $4,042,438 in compensatory damages, according to the Missoulian.

Gersh was subjected to threats and anti-Semitic messages after Anglin posted personal information about her, her husband and their son online, the paper reported, after Gersh tried to force the mother of white nationalist Richard Spencer to sell her building in Whitefish, Montana.

Gersh, her husband, and her therapist all testified on Thursday to the emotional damage inflicted by the attack, the Missoulian reported, adding that neither Anglin nor his attorney were present at the hearing.

Anglin did not immediately respond to a request for comment.

“This judgment is a great victory for Tanya Gersh who has suffered things no one should have to go through,” Gersh’s attorney John Morrison said in a statement. “It also sends a message across the country and around the world that this kind of hateful harassment will not be tolerated in Montana. Not in Big Sky Country, not in our neck of the woods. And those who insist on treating people that way in our state will be brought to justice.”

In August 2017, Anglin’s site suffered a series of setbacks after being dropped by multiple hosts including GoDaddy, Google, and eventually a Russian domain too.