“Judgement,” a new pilot from “Charmed” and “Sleepy Hollow” writer Joey Falco, has found a home at ABC. The series is a legal-based soap opera centered on a law firm in Washington, D.C.

“‘Judgement’ is a high-stakes legal soap that redefines the genre by playing out over two timelines. Fifteen years from now, a woman being vetted for a Supreme Court seat recounts her experience at a prominent D.C. law firm in 2023, where the only thing more controversial than the cases was her messy love life, caught between two feuding brothers,” reads a description of the show, per a press release. “Now, with a Supreme Court seat on the line, all of her darkest secrets are at risk of coming out, threatening her nomination, her reputation, and her marriage.”

The news series will be produced under 20th Television, a division of Disney Television Studios. Falco will write and serve as executive producer alongside Melvin Mar (“Fresh Off the Boat”), Jake Kasdan (“Bless This Mess”) and Jordan Cerf “The Green Knight”).

Joey Falco is represented by Mosaic and attorney Dan Fox at Hanson Jacobson. 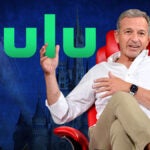