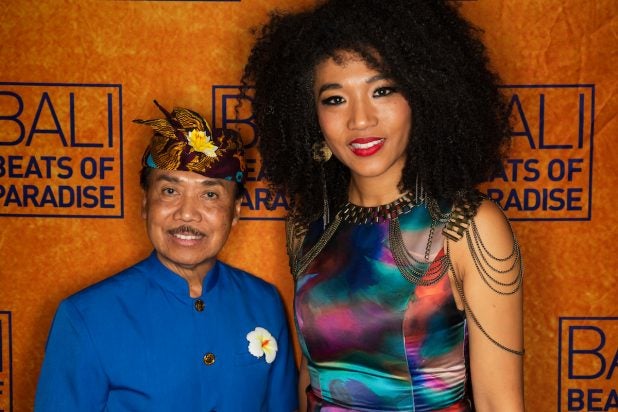 After 40 years of spreading his home country’s music to the world, Indonesian composer Nyoman Wenten was ready to retire. But one opportunity stopped him from doing just that: He wanted to hit a million views with Judith Hill on Youtube.

“This journey is so special to me,” Wenten told TheWrap’s Sharon Waxman at a Q&A on Monday following a screening of a documentary on his work “Bali: Beats of Paradise,” also Indonesia’s entry into the Oscar documentary feature race. Wenten was joined on the Q&A stage by Hill, director Livi Zheng and producer Julia Gouw.

“Bali” traces Wenten’s life, who grew up on the small island of Bali, Indonesia, all the way to his music video collaboration with singer-songwriter Hill, who has appeared on “The Voice,” “Michael Jackson’s This is It” and the Oscar-winning documentary “20 Feet from Stardom.” The thread that connects Wenten’s career from beginning to now is gamelan music.

Also Read: 'A Son of Man' Creators on Filming in the Jungle: Like 'Trying to Shoot a Space Movie in Space'

Gamelan is a type of ensemble Indonesian music predominately featuring percussion instruments like drums, xylophones and a Balinese form of the glockenspiel. Zheng told the audience at the Landmark Theatre in Los Angeles that through the filmmaking process, she discovered the Bali culture is immersed in music in a way she had never seen before.

“In Bali, music and culture is a part of their entire life,” she said. “Everyone is an artist in some way.”

And that includes Wenten. But before the well-regarded gamelan performer got word of the project, the idea for the film started churning when Hill connected with Zheng about a possible collaboration with Wenten, who is also a faculty member at the California Institute for the Arts. Hill studied music composition in college and has been fascinated with gamelan music ever since.

“The gamelan music really connected with me. There was so much mystery and power to it. It was so commanding,” Hill said.

So Zheng, who also recently met Wenten, asked him about possibly working with Hill on a new music project.

“I said, ‘Are you talking to me?'” Wenten recalled of his disbelief.

Also Read: Meet the Singer Who Was With Prince and Michael Jackson Before They Died

Wenten happily agreed to participate in the project. The decision to film it came after Zheng left a gamelan concert she was hired to film — mesmerized. She knew if the power of the music can be put to film, the music could resonate to a lot more people.

The entire music video process was two weeks, Zheng said. That included rehearsals to blend gamelan music with the funk music Hill brought in and a one-day shoot in Joshua Tree, California.

The result was “Queen of the Hill,” a video released two months before the film opens, that slowly reached one million views on YouTube for Wenten.

“In the next few years I’ll retire and return to my village. But after [the film], I might be here for a very long time,” Wenten joked to the audience.

Producer Gouw said she hopes that, with the film, people can be exposed to the musical culture of the fourth largest nation in the world. A type of music, Hill added, that can bring people together no matter their background.

“It’s about bringing cultures together through music,” Hill said. “It’s about overcoming hatred and animosity because music is the universal language that can bring people together.”

“Bali: Beats of Paradise” premieres in select theaters on Friday.