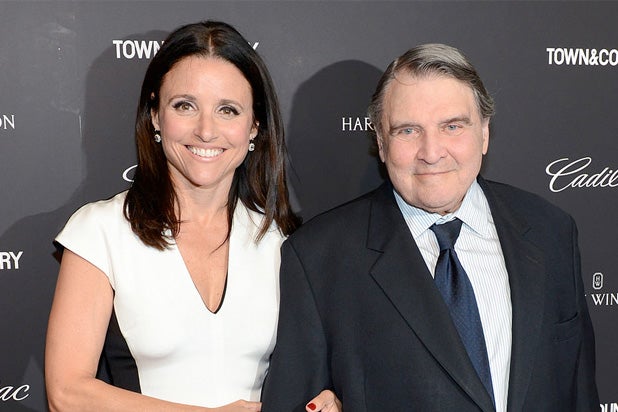 “I’m so glad he liked ‘Veep,’ because his opinion was the one that really mattered,” his daughter said.

William (né Gérard) Louis-Dreyfus lived an outsized life. The scion of a Jewish Frenchman who fought in the resistance against German occupation and a mother of Mexican and Portuguese descent, he moved to the U.S. in 1940 with his mother after his parents divorced.

He attended Duke University and Duke Law School, and worked as a lawyer at Dewey Ballantine before joining his father’s company, French agricultural and mercantile conglomerate the Louis Dreyfus-Group, which is the world’s largest trader of cotton and rice.

His heart ran to poetry, though, and he was president of the Poetry Society of America for a decade, from 1998 to 2008. His poetry ran in publications like The Hudson Review.

William also inherited a vast fortune from his father’s company. In 2012, he bought a full-page ad in the New York Times encouraging his fellow one-percenters to donate to efforts to thwart the passage of voter suppression laws, contributing $1 million to the cause.