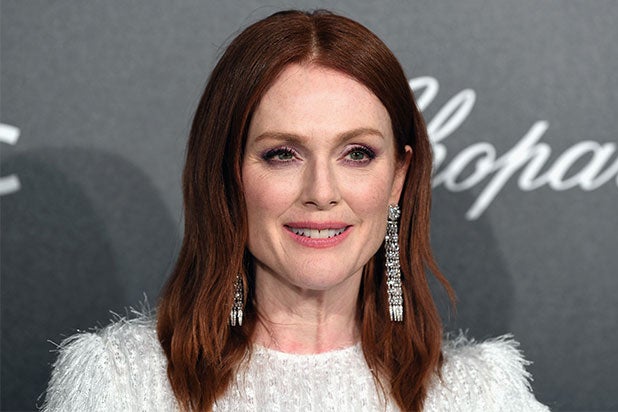 Julianne Moore is the latest addition to the cast of “Dear Evan Hansen,” Universal’s film adaptation of the Broadway stage musical, an individual with knowledge of the project told TheWrap.

Moore joins a cast that now includes Ben Platt reprising his role from the stage, as well as Amandla Stenberg and Amy Adams. Moore will play Platt’s mother in the film, Heidi Hansen.

“Dear Evan Hansen” is the story of a high school senior who has severe social anxiety and has trouble connecting with others and making friends. After the suicide of a classmate, Hansen gets caught in a lie that brings him closer to his classmate’s family. Also co-starring in the film are Kaitlyn Dever, Colton Ryan, Danny Pino and Nik Dodani.

Also Read: Julianne Moore to Produce and Star as Con Artist in 'Sharper' at Apple and A24

Stephen Chbosky (“Wonder,” “The Perks of Being a Wallflower”) is directing “Dear Evan Hansen.” Steven Levenson, who wrote the book for the stage musical, wrote the script. Marc Platt (“La La Land”) and Adam Siegel will produce for their Universal-based banner Marc Platt Productions.

Moore this year stars in the 20th Century Studios thriller “The Woman in the Window” and “The Glorias,” the Gloria Steinem film that premiered at Sundance and will open later this year. She’s also working on the Apple TV+ series “Lisey’s Story” that’s adapted from a Stephen King story.

Moore is represented by WME, Management 360 and Edelstein, Laird & Sobel.