A former Marine and pro soccer player has pulled out of grand marshal duties for a July 4 parade in Friendswood, Texas, after a conservative Houston radio-show host targeted her online with a Twitter post featuring a photo of her son.

Haley Carter and her family received physical threats of violence as the apparent result of Jesse Kelly’s tweet, according to a statement by the suburban Houston city. The tweet falsely suggested Carter was a Communist, criticized her advocacy against gun violence and referred to Friendswood as a conservative “blood red city.”

“She’s a gun-grabber. She’s into drag. She’s into trans activism,” the tweet read from Kelly, who is a periodic guest on Tucker Carlson’s primetime Fox News show and hosts a nationally syndicated radio program. The tweet also featured a photo of Carter’s son, screengrabbed from a social media post. 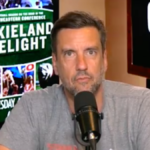 “This year’s selected Grand Marshal, Haley Carter, has voluntarily stepped down after receiving threats of harm to herself and her family and will not be participating in any of the Fourth of July activities,” the Friendswood Parks and Recreation Department said in a statement Thursday. “There will be no replacement Grand Marshal.”

Kelly, whom the Houston Chronicle described as a “failed congressional hopeful” and “former RV salesman,” delighted in the move, posting a follow-up tweet featuring a video gif of a man walking away from a massive explosion.

Carter, 38, served in the Marine Corps after graduating from the U.S. Naval Academy, where she played soccer. She later played several seasons for the NWSL’s Houston Dash.

In 2018, she was appointed to the city of Houston’s Commission Against Gun Violence by Mayor Sylvester Turner. Turner released a statement in support of Carter after she withdrew from the parade duties. 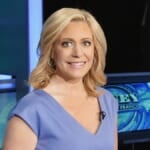 “Simply put, Haley is the best of us,” Turner said in the statement. “It is no wonder that her hometown of Friendswood chose to honor her in their Fourth of July parade. Haley embodies everything the uniquely American holiday represents. Freedom. Independence. Love of country. In other words, the perfect Fourth of July grand marshal.

“Unfortunately, some have threatened violence against Haley and her family because of her strength, her belief in equality, and her leadership in trying to reduce gun violence here in Houston,” Turner added. “But they have failed. Haley will continue to move forward and make positive changes as she has always done.”