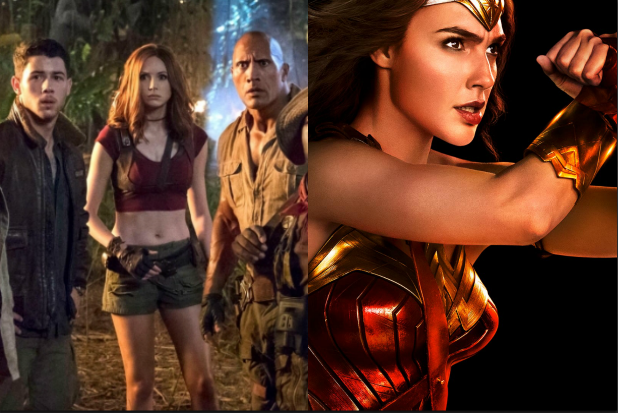 Though “Jumanji: Welcome To The Jungle” lost the No. 1 spot to “Maze Runner: The Death Cure” this weekend, it still crossed a major milestone as it added $34.1 million worldwide to bring its total to $822 million and passing the $821 million total made by “Wonder Woman” last summer.

While “Wonder Woman” still has a higher domestic total with $412.5 million, “Jumanji” has been able to outperform the DC film in several major international markets. It currently has $72.4 million from China so far and is expected to cross “Wonder Woman”‘s total of $90 million. It has already passed “WW”‘s totals in U.K. and Australia, with respective totals of $46.3 million and $34.8 million in those countries. In total, “Jumanji” now has an overseas total of $484 million, compared to $404 million for “Wonder Woman”

“Jumanji” now sits in the No. 5 spot on 2017’s domestic charts, passing the $334 million made by “Spider-Man: Homecoming” this weekend. It also now sits in the No. 9 spot for all 2017 films worldwide, and is on pace to pass the $850 million made by “Thor: Ragnarok” for eighth place.  After that is “Wolf Warrior 2” with $861 million, followed by “Guardians of the Galaxy Vol. 2” with $863 million. The film is also now one of Sony Pictures’ five highest grossing films in studio history, with four “Spider-Man” films joining it on the list.